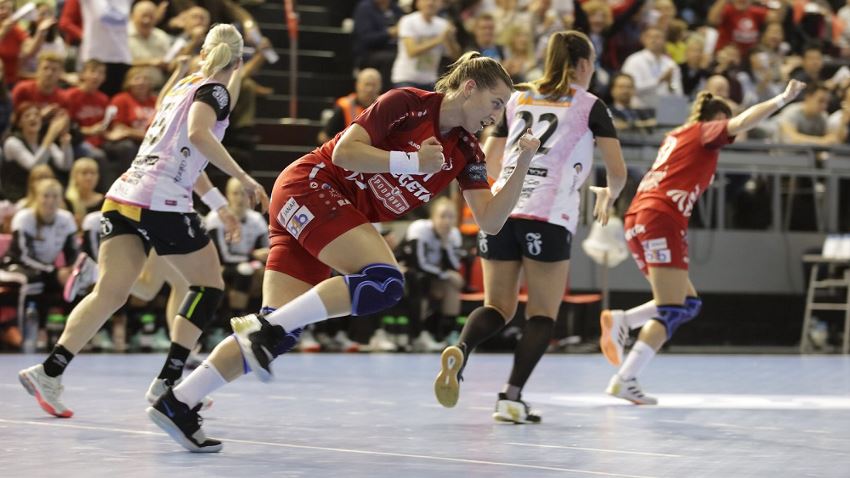 Six talking points after a round full of surprises and records

Györ are beating record after record, French sides are on the up and look unstoppable in attack, while there have been reality checks for FTC and SCM Ramnicu Valcea in achieving their objectives this season.

Let’s see what round 2 of the DELO WOMEN’S EHF Champions League brought to the table in our talking points of this week.

When Györ hit their peak, it is nearly impossible to stop them, as it has been highlighted in the past few seasons. Especially when their opponent only played one previous game in Europe’s top flight, as DHK Banik Most had before facing the title holders. The game had no history, as the Hungarian powerhouse hit 23 goals in each half to put 46 past their opponents, a record for the five-time winners in their 206 Champions League games. It was a night to remember for Györ, as they also recorded their biggest ever win, 46:21, with 11 outfield players scoring at least one goal, led by brilliant playmaker Stine Bredal Oftedal, with 10 goals. Coach Gabor Danyi only took one time-out. The Hungarian side missed tying the competition record for goals scored in a game by only one goal, as Vardar’s 47-goal outing against Krim in March 2015 remains the top mark. Moreover, Györ extended their unbeaten streak to an unprecedented 23 games, as their last loss came against CSM Bucuresti, 28:22, in the main round of the 2017/18 edition.

With 81 goals scored in the first two games, Györ boast by far the top attack in the competition, a feature also achieved last season, when the Hungarian side had an average of 32.5 scored goals per game. But the teams that surprised the most after two rounds this season are Metz Handball and Brest Bretagne Handball. The two French sides have been nearly unstoppable in the maiden games, with their style changing from a defensive-first approach to free-flowing, high-octane type of handball. Metz won their two games via dominating attacking performances, scoring 74 goals, while Brest are close behind, with 72 goals, dominating both Buducnost and SCM Ramnicu Valcea, who had no answer to their attack. Meanwhile, CSM Bucuresti scored only 47 goals in the first two games, while Vipers Kristiansand only put 55 goals past their opponents.

The right choice for CSM?

Being an assistant coach to Kim Rasmussen, Per Johansson, Helle Thomsen or Tomas Ryde will surely teach you a thing or two about how handball is played, but Adrian Vasile has really been a breath of fresh air in the midst of the ongoing chaos at CSM Bucuresti. Boasting the Master Coach license, Vasile has been named the head coach at the Romanian powerhouse after Tomas Ryde abruptly stepped down two weeks ago and is unbeaten in two difficult games, as CSM are navigating an injury crisis once again. The 37-year old Romanian coach has been particularly impressive in rotating his players, creating a defensive system and helping his side come back in difficult moments while meeting probably the best coach of the last decade in the DELO WOMEN’S EHF Champions League, Ambros Martin. CSM came unscathed against Rostov in a 23:23 draw, that could have also been a win if not or the Romanian side’s woes in attack. 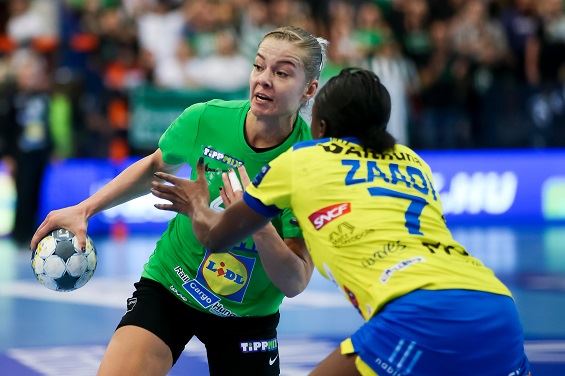 What’s going on with FTC?

It has become a tradition for FTC-Rail Cargo Hungaria to throw off the season with under par performances, but if the Hungarian side wants to earn their first ever DELO WOMEN’S EHF FINAL4 berth, they must improve. Fast. Sure, they did not have an easy start into the competition, meeting two EHF FINAL4 contenders from last season in their first two matches. They came well up short against Vipers (31:22) last week and also lost the second game, 34:28, against Metz Handball. Surely, Metz are one of the favourites this season, they gelled well, they have chemistry and a blossoming attack, but FTC are far off from what they need to have a successful season. This is a young, unexperienced team that surely misses the impact that Nerea Pena, who left in the summer, brought to the court. Their defence, with 65 goals conceded over two games, needs adapting and correcting, as only Most conceded more goals in the first two games. In attack, Aniko Kovacsics needs more consistency from young backs Katrin Klujber and Noemi Hafra, who tend to disappear in crunch moments.

The joker in the pack

A former winner of the competition and a team with 132 games in the DELO WOMEN’S EHF Champions League under their belt, Podravka have failed to progress to the main round of the competition since the 2008/09 season. Things were not looking good for them after a 40:26 drubbing against Metz in the first round, but the Croatian side came back in force and earned a 25:24 win against Vipers Kristiansand on their home court. Sure, one win will not help you progress to the main round on its own, but the grit, defensive spirit and intensity are definitely ingredients that coach Antonio Pranjic can use to boost Podravka’s chances in this group. The double-header against FTC will prove pivotal, as the Croatian side need at least one point to keep dreaming on, but more of the same will likely define Podravka as the joker in the pack in this group.

With a win in the domestic league against CSM Bucuresti and a winning throw-off in the DELO WOMEN’S EHF Champions League against Bietigheim, 34:27, things were looking on the up for SCM Ramnicu Valcea in their comeback to the elite clubs in Europe. However, the reality check came up fast for the Romanian side, who stood no chance against a full-fledged Brest side, 37:24. Valcea’s defence, which showed signs of weakness in the first game, totally collapsed in the first half against Brest, conceding 22 goals, while their attack has been stripped of creativity and speed to score only nine times in the first 30 minutes. With a double-header against Buducnost looming, Valcea need to get back to the drawing board, spring some surprises and hope for the best in their home games, as their quest for a quarter-final berth looks under a big question mark.