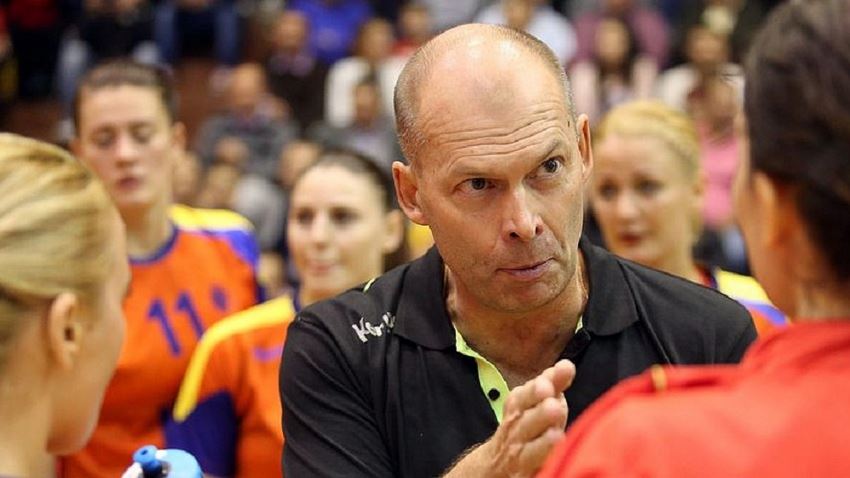 Another change on CSM Bucuresti’s bench is taking place after a dramatic season for the 2016 Women’s EHF Champions League winners, who only managed to win one trophy – the Romanian cup – after an injury-laden campaign, which saw them crawl over the finish line.

Things already looked bleak early on in the season, but went from bad to worse when a string of injuries for Cristina Neagu, Amanda Kurtovic, Oana Manea and Dragana Cvijic caused them to miss the DELO WOMEN’S EHF FINAL4 for the first time since 2015.

The club management has now reacted and appointed Tomas Ryde as the team’s new head coach, the 10th such appointment in the past five years. After signing Serbian coach Dragan Djukic last October, CSM are going back to their Scandinavian ways by appointing the former Viborg HK coach on a two-year contract.

"I am sure we will become the best team in Europe"

“It is a very important moment in my career, I am very honoured to have signed for CSM. I am sure that together we will become the best team in Europe,” says Ryde, who won the Champions League with Viborg in 2016.

Ryde is the third Swedish coach at CSM’s helm, after Per Johansson and Magnus Johansson, and the seventh Scandinavian coach, following in the footsteps of Jakob Vestergaard, Mette Klit, Helle Thomsen and Kim Rasmussen.

The 58-year-old coach is no stranger to Romanian handball. He came out of retirement in 2015 to lead the women’s national handball team until two months before the EHF EURO 2016, when Ambros Martin took over. But earlier this month, the Romanian Handball Federation moved in the opposite direction, hiring Ryde again after mutually ending the contract with Martin.

"We will need a bit of luck, we do not need any more injuries"

“Our objective is to qualify for the DELO WOMEN’S EHF FINAL 4 in Budapest. For this to happen, we need a bit of luck, we do not need any more injuries,” Ryde says.

The Swedish coach will get a strong squad to work with: Cristina Neagu has extended her contract with CSM for another season, and after an aggressive transfer campaign by CSM, the star player will be joined by the likes of right back Nora Mørk, line player Crina Pintea and right wing Carmen Martin.