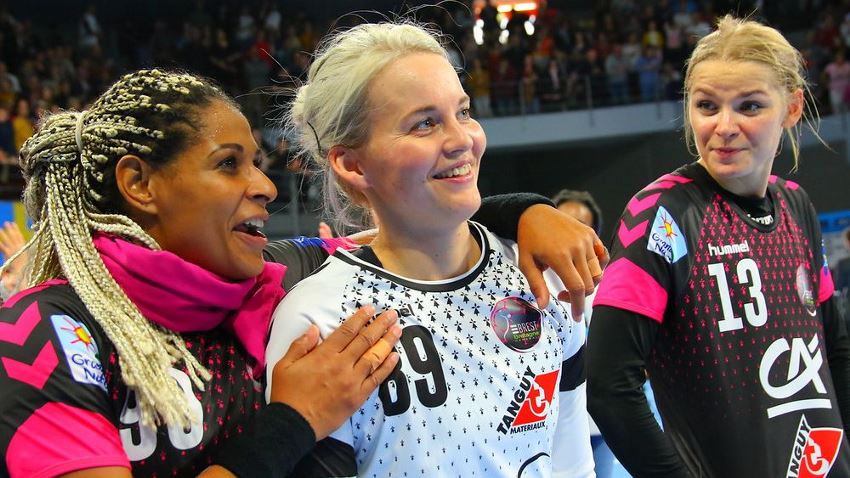 Brest march on to eighth win against Sävehof

It will be a two-team shoot-out for first place in Group II of the DELO WOMEN’S EHF Champions League’s main round, as Brest and Györ are side-by-side after three rounds.

After Györ disposed of SCM Ramnicu Valcea yesterday, Brest had little trouble against Sävehof in their 31:22 win. 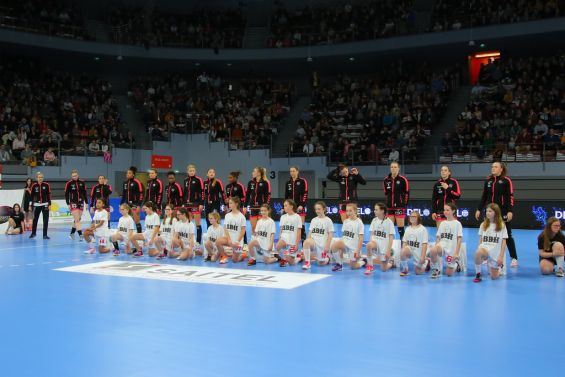 All games were must-win for Brest if they wanted to challenge for the first place in the group, especially the home match against Györ in Round 4.

But before the heavyweight clash between the unbeaten sides, Brest had to overcome a challenge from Sävehof, a team that lost their previous two games in the main round.

The lowest scoring attack of the main round, Sävehof shocked Brest with a free-flowing display in the first eight minutes of the game, when they took a 3:1 lead.

Immediately, Brest adjusted and understood this game was to be won with their defence and limited the Swedish side to only four goals scored in the next 22 minutes.

A 5:1 run spurred by left wing Corallie Lasource helped Brest take the game’s grip, 10:5, as the gap grew to seven goals before the break, 14:7.

Limited to a 35 per cent attacking efficiency, Sävehof had little to show next, despite Brest’s top scorer, Ana Gros, having an off night, with only two goals scored.

That did not hamper Brest, who had other players step up, as centre back Evgenija Minevskaya scored six goals, while line player Sladjana Pop-Lazic added another seven.

Sävehof’s lack of experience was their undoing, as it quickly became apparent that they did not have the weapons to match Brest’s attacking prowess.

And Brest fully took advantage, hitting 30 goals for the sixth time this season, as the French side recorded their eighth win of the season, 31:22.

As both teams won eight games until this point and drew the mutual game between them, Brest will host Györ in two weeks’ time in a epic clash that will set the course for their seasons.

Laurent Bezeau (Brest Bretagne coach) was pleased with his team's resilience despite injuries and a tough run of fixtures, "We played a very good game. We wanted to be successful after the injuries of Kalidiatou Niakaté and Marta Mangué and the defeat against Nice. We have been very good in defence and I want to congratulate my players because the schedule is very tough for them at the moment ”.