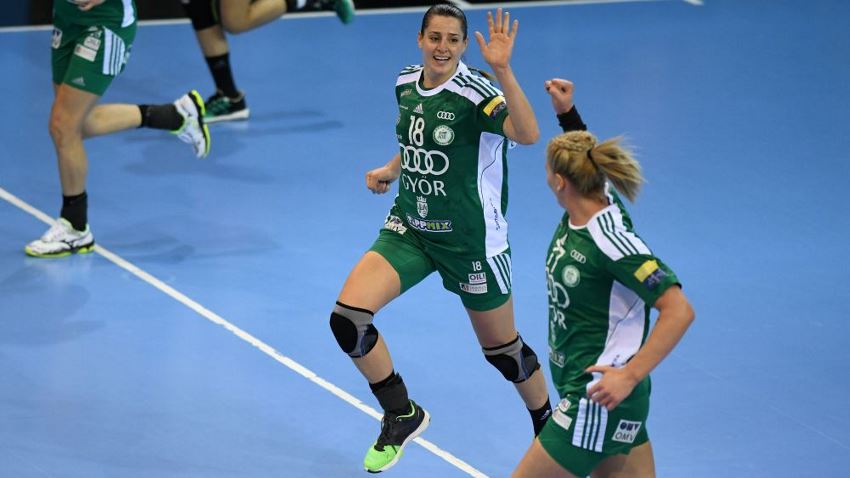 The Hungarian side only emerged with a 29:28 victory, which gave Odense some hope ahead of the second leg. For 20 minutes in Hungary, the Danish team were again competitive and were level at 10:10 – but Györ's stunning 8:0 run for at the end of the first half created the platform for their authoritative 13-goal aggregate win.

After an equal start, Györ dominated for the last 40 minutes in the Audi Arena on Saturday afternoon.

Vivid attacking play allowed Odense to keep the game even for the first 20 minutes – and the visitors even led by one goal several times.

As Györ tightened the grip and Amandine Leynaud stepped-up in goal, however, Odense did not manage to score for the last 10 minutes of the first half. From 10:10, the home team had an eight-goal run and led 18:10 at half-time.

The Odense goal drought went on for the first four minutes of the second half, and Györ benefited from this to increase their lead to 22:10, and for the rest of the match, they were never leading by fewer than 12 goals.

Györ were leading by 14 goals, when their lead was at its highest, and with 15 minutes and 18 seconds left, Nora Mørk made her Champions League comeback after her 14-month injury absence.

The Norwegian right back made the most of the confidence from head coach Gabor Danyi by scoring two goals and producing a brilliant assist.