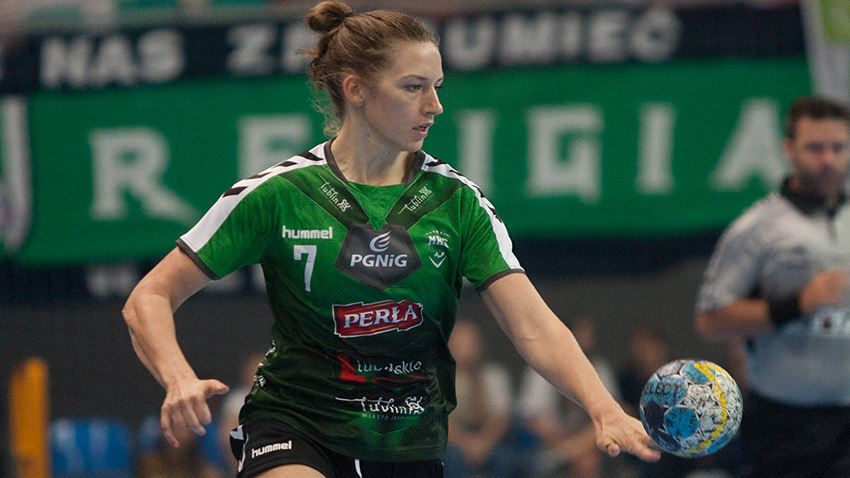 Both MKS Perla Lublin and Team Esbjerg had lost their opening matches in the current DELO WOMEN’S EHF Champions League season. In Lublin, both sides were eager to claim their first points in the competition and Esbjerg ultimately won 28:22.
GROUP B
MKS Perla Lublin (POL) vs Team Esbjerg (DEN) 22:28 (15:12)
In the first 15 minutes, it was a very tight game with both sides playing well in defence. Esbjerg had a slight advantage, but they were unable to create anything more than a two-goal advantage, and Lublin drew level time and time again.
Suddenly the situation changed. After Marta Gega put the home side in front for the first time in the 19th minute, Lublin started to feel more confidence and began capitalising on Esbjerg’s mistakes. Their playmaker Kinga Achruk set the tone in attack, while Gabrijela Besen made a few saves.
In the last minute before the break, Achruk made the score 15:12, so the teams were separated by three goals after the first half.
However, Jesper Jensen looked to have found the right words in the dressing room and Esbjerg looked much better after the break.
In particular, they significantly improved their defence and conceded only seven goals in the second half and in attack, Sonja Frey and Estavana Polman were hard to stop. A 4:0 run after the break helped Esbjerg pull back in front (16:15), and midway through the second half they had extended their lead to four goals, 21:17.
Lublin, who were playing their first home match in the continental top flight since 2015/16, did not manage to find the right answer and as a result the visitors went on to clinch a six-goal victory.
Author: Sergey Nikolaev / JS
Tweet