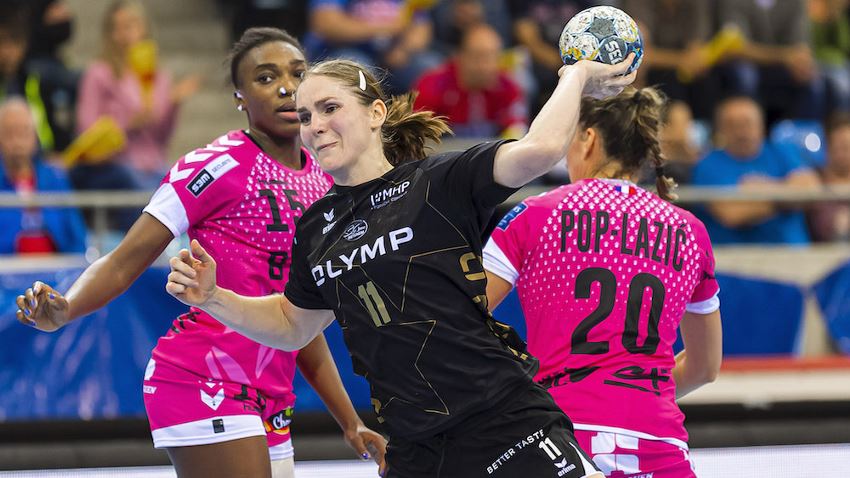 An unbeaten Brest Bretagne Handball can secure first place in DELO WOMEN’S EHF Champions League group C if they do not lose against second-ranked Buducnost on Sunday. Both teams are through to the main round, but will surely give their everything as the points from this encounter will be carried into the next phase.

Elsewhere in group C, SG BBM Bietigheim will be playing for their lives against SCM Ramnicu Valcea, as any result other than a win will see them out of contention after the group matches for the second consecutive season.

Györ have already won group D, two rounds before the end of the phase and still unbeaten. IK Sävehof, DHK Banik Most and RK Krim Mercator all remain with the chance to advance from the group matches.

After a surprising triumph over Krim in round 1, Most will attempt to repeat their feat when they host the Slovenian side in round 5 – and it is up to coach Uros Bregar’s squad to prove that the result in the first round was a once in a lifetime event. Meanwhile, Sävehof will hope their home court advantage can help as they welcome Györ.