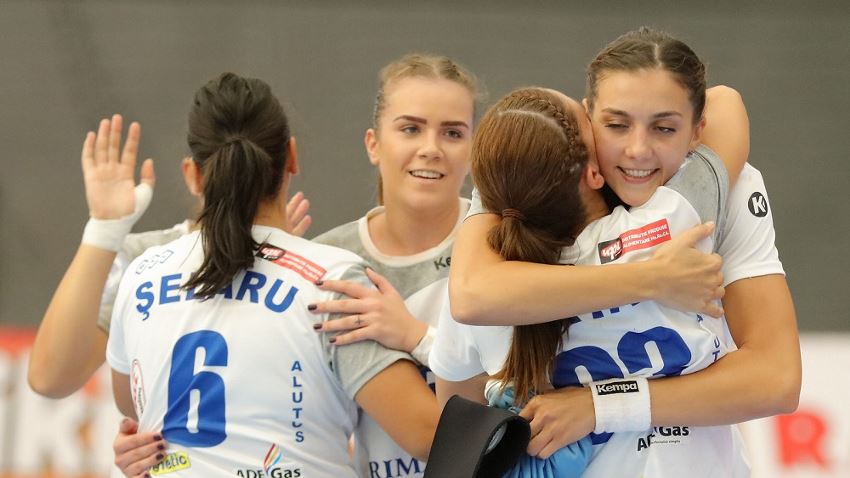 Hosts HC Podravka Vegeta did not disappoint their home fans in Koprivnica as they cruised to an easy 35:22 victory over Muratpasa Belediyesi SK in the second semi-final of Group 2 in the Womern's EHF Champions League Qualification.

The result set up the expected final against reigning EHF Cup champions SCM Craiova, who also fully lived up to their billing as the favourites against ZORK Jagodina, beating their Serbian opponents 31:18 earlier Saturday.

So it will be Podravka against Craiova for a place in the group matches. The final starts Sunday at 18:00 hrs CET, three hours after Muratpasa and Jagodina have contested the 3/4 placement match. Both matches will be streamed live on ehfTV.com.

Whatever slim hope Jagodina had against Craiova faded quickly after a blistering start from the Romanian side.

Newcomers Ana-Maria Tanasie and Andrea Seric led the charge as Craiova jumped to an 8:1 lead after 16 minutes. The team showed an impressive defensive effort, similarly to winning campaign last season in the Women’s EHF Cup.

There was little Jagodina could do to limit the damage. With coach Bogdan Burcea experimenting with the Romanian line-up, the underdogs never found their stride, as Craiova had a healthy 19:10 lead at half-time.

“We had enough technical mistakes and against teams like Craiova, we are punished because of those mistakes,” Jagodina coach Dragan Markov said. 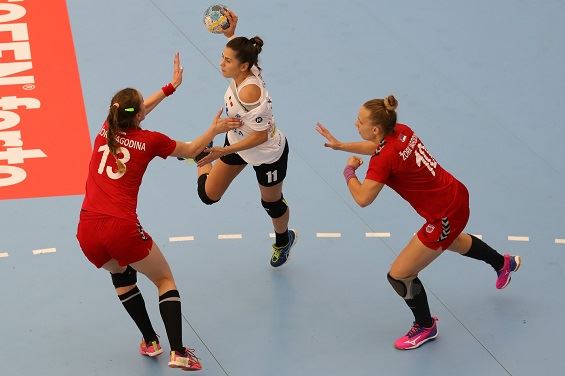 With 11 players on the scoresheet, Craiova balanced the need to improve their chemistry after registering six transfers this season, with the important rest that the players need for the final game on Sunday. But the gap increased until the end, with the Romanian side earning an impressive 31:18 win, letting their future opponent know about their strength.

“It was a great game but the real match we are expecting tomorrow because both teams, Muratpasa and Podravka, are very good,” Craiova coach Burcea said. “We have a chance and we will give everything to go home like winners.”

Podravka may have had the upper hand on paper, as they were hosting this qualification tournament, but their start was slower than expected. A surprising dash from the Turkish side saw the guests grab a 4:3 lead after nine minutes.

As experienced playmaker Yeliz Özel started to fade, Podravka steadily got their feet on the ground and started to pound. It was a 3:0 partial between the 15th and the 18th minute that turned the game around as the Croatian side opened a 10:8 lead and never looked back from there. 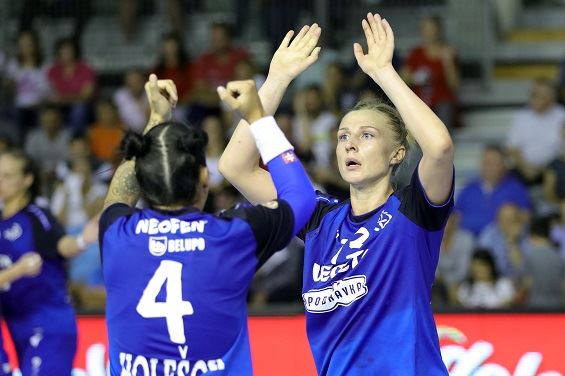 With an unstoppable playmaker in Natalia Chiriginova, who scored five times in the first half, Podravka jumped to an 18:12 lead after 30 minutes, which proved unassailable.

There was no turning back for Muratpasa, as Podravka's lead grew stronger in the second half. Only three outfield players failed to score for Podravka, as the Croatian side ran away with a 35:22 win.

The result left them just two goals shy of their biggest ever success in the European premium competition, which happened 18 years ago against GAS Artas.

"We started the game a little bit nervous and in the 20th minute we lost our line player Ana Debelic because of exclusion," Podravka coach Zlatko Saracevic said. "After that we started to play better and we had better defence. I can be satisfied and I hope we have enough strength left for the final."