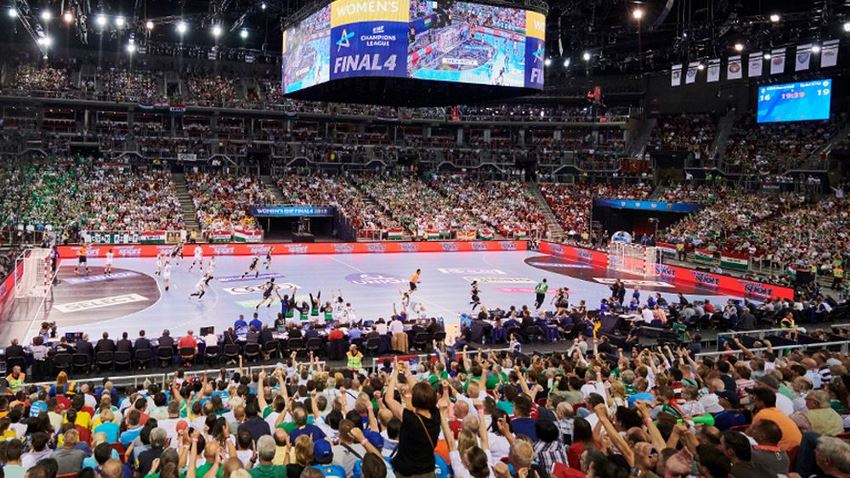 Vipers and Györ up first as semi-final order confirmed

Reigning champions Györi Audi ETO KC are set to take on Norwegian newcomers Vipers Kristiansand in the first semi-final on 11 May at the DELO WOMEN’S EHF FINAL4 in Budapest.

This clash will take place at 15:15 hrs, followed by Metz Handball vs Rostov-Don at 18:00 hrs in the Papp László Budapest Sportaréna.

The DELO WOMEN’S EHF FINAL4 will not only offer top-class handball but also fantastic entertainment as Anastacia will warm up the fans ahead of the first semi-final and during the opening party on Friday, 10 May. Tickets for the opening party can be bought at www.playhandball.hu.

The collection consists of two different women’s t-shirts, a women’s hood, two different t-shirts for men, a men’s hood and some accessories. The merchandise is available at merch.ehfcl.com as well as at the Papp László Budapest Sportaréna in Budapest on 10, 11 and 12 May 2019.