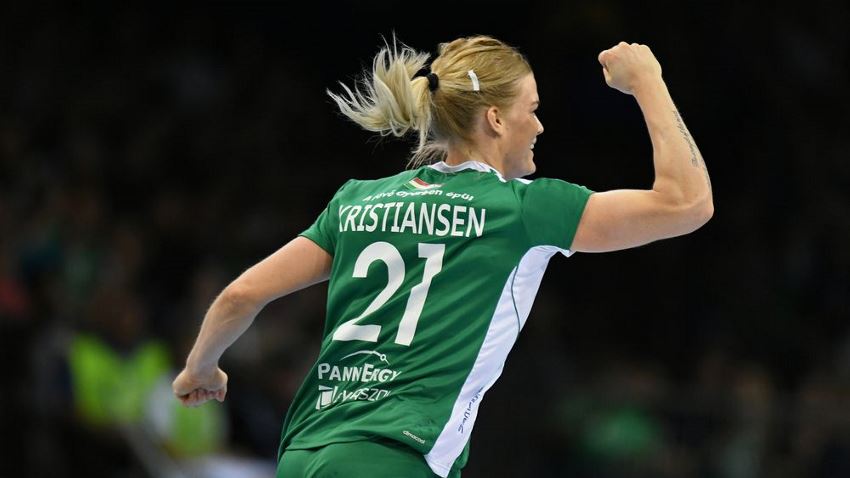 Kristiansen: "Cool to have my goal awarded the best"

It was not exactly a deciding goal Veronica Kristiansen scored in this situation.

In fact, this goal made it 22:10 for her team, Györi Audi ETO KC in the second leg of the quarter-final against Odense HC in the Women´s Champions League last season, but that does not make it any less impressive.

After winning the first leg in Denmark narrowly 29:28, Györ left no doubt at home in the Audi Arena, where they won 33:21.

While the goal may not have had a decisive impact on the result, it certainly made an impact on fans on the EHF Champions League Facebook page.

So many of them found the Norwegian international’s goal so spectacular, that it became the goal of the season.

“I remember that goal very well.

“I remember how the crowd went crazy, and I got a thrilling feeling in my entire body from it.

“I do not know exactly what got that goal the rewards as the best, but it may have had something to do with the way it was carried out.

It was no usual shot from the distance, but a two-footed jump, where the ball went into the top of the net off the inside of the post,” Veronica Kristiansen tells ehfcl.com today while spending her summer holiday with her family and friends.

“In fact, it is the first time in many, many years I have been able to see all my friends and everyone in my family.

“Being with friends and family gives me new energy to start the new season with high motivation.

“So does having me goal awarded the best of the season, of course.

“I only hope I can score many more goals of that kind,” says the versatile backcourt player who is celebrating her 29th birthday today, 10 July.

Last season was her first in Györ, whom she joined from Danish FC Midtjylland Handball, now Herning-Ikast Handball last summer.

Her first year with the Hungarian powerhouse can only be characterised as a success.

“As a team and as a club, we reached all the goals we had ahead of the season and I am extremely proud to be a part of it.

“My first season in the best club in the world is ranking highly on my list of experiences I will never forget.

“It is not a given thing to join a new club and win everything you take part in – the up, the Champions League and the national championship, and I am very proud to have achieved all of this,” says Kristiansen.

Looking forward to the new season

Being defenders of three titles, Györ have their work cut out for them in the coming season, but Veronica Kristiansen loves that challenge.

“I am looking forward to starting a new season with the girls, the club and the fans – a season, in which we are going to stand together and fight for all the top positions again,” says Kristiansen, who is also a crucial figure in the Norwegian national team who can look forward to playing the World Championship in Japan this December.

Unlike Györ, Norway have room for improvement after finishing fifth at the EHF EURO 2018  in France last year.

In the Scandinavian country, they are used to better achievements from their female national team, and the players are well aware of this.

“We have a saying in the national team which goes: ‘We always come back, we are always hunting.’

“I am really looking forward to the new season with a World Championship in Japan, where I hope and believe that we can and will do better than we did at the EURO in France,” concludes Kristiansen. 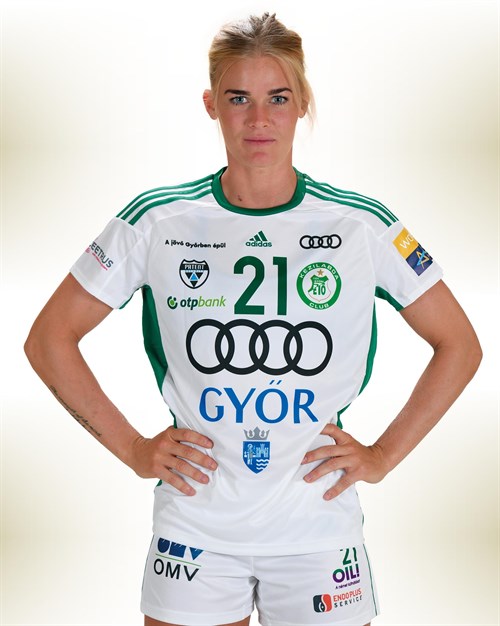