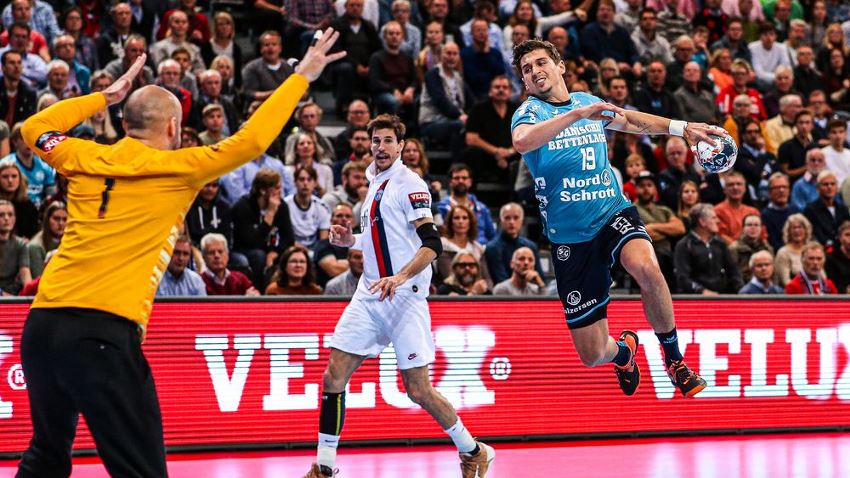 In the previous four VELUX EHF Champions League seasons, he had scored an overall of 57 goals, but now Marius Steinhauser is on fire.

The 28-year-old right wing of SG Flensburg-Handewitt has already set a personal best in the competition with 44 goals in the group phase.

Before the Last 16 duels against Montpellier Handball, the former Rhein-Neckar Löwen player is certain that “more goals will follow”. The left-hander also speaks about the tough task of playing both the Bundesliga and in Europe as well as his dream of making it to Cologne.

ehfCL.com: What is the reason for your current strong form?

Marius Steinhauser: I am on a really positive run at the moment, this is true and not only shown by the number of goals. I am happy about my playing time and the level of performance I constantly show.

I am even happier that I can help my team. I grabbed my chance when our regular right wing Lasse Svan was injured and I really hope to add some more Champions League goals in the current season.

ehfCL.com: Six defeats in the row in the last six VELUX EHF Champions League matches in 2019, four victories from four matches in 2020 – can you explain this roller coaster ride in the group phase?

Marius Steinhauser: Those six straight defeats really made me angry. We are sports professionals, we want to win. Looking upon the final ranking of our group and the upcoming tough tasks against Montpellier, those two defeats against Aalborg hurt most. If we had won both, it would be different.

Maybe the schedule was too tough for us in this period of the season, sometimes with only 48 hours between Bundesliga and Champions League matches.

ehfCL.com: After finishing fifth in your group, the 2018 Champions League winners from Montpellier are again your opponents – any thoughts of revenge for the quarter-final elimination two years ago?

Marius Steinhauser: Mainly the away match in Montpellier was a pure disaster for us, we did not have any chance and were overran by the eventual winners. I guess, anyone who was part of those matches, still have them in mind. So, yes, we have the chance to take revenge.

We are looking forward to the Last 16, though we know that Montpellier are a very strong opponent. Our goal is to make it to the quarter-finals – now we have to wait and see how the coronavirus might affect the games and if we have to play without spectators. But with or without fans, we need to be at 100%.

ehfCL.com: How important was the transfer from Rhein-Neckar Löwen and your home region far away to the sea and Flensburg for your development?

Marius Steinhauser: Firstly, my wife, my dog and I like Flensburg. We had only been living in the countryside before, so a city with 90,000 inhabitants was quite new for me, but we really appreciate this region.

From a sporting point of view, I was easily integrated into this team. You must have a good relationship with your teammates when you travel together so often and this relationship is an advantage for Flensburg.

So definitely, the decision to join SG was fully right, I made a huge step for my development and I have a lot of playing time. The team and the coaches give me confidence, count on me and form me in a long-term perspective, so I am on the right track.

ehfCL.com: How important is your coach Maik Machulla for your development and the team’s?

Marius Steinhauser: He moves the team forward constantly. He is very precise, for example in scouting our opponents and in tactical preparation. He always has an eye on the development of the team and bringing each player ahead in a very professional way.

Marius Steinhauser: (laughs) I know that the VELUX EHF FINAL4 will be played on those dates. I can dream and I can have this date in mind, but the way to Cologne is seriously hard. We have to beat Montpellier first, which is anything but easy, then we would face Barca – but I truly do not think about them right now.

It is my dream to be part of this event and Flensburg in 2014 was the perfect example that anything is possible when you make it to Cologne. 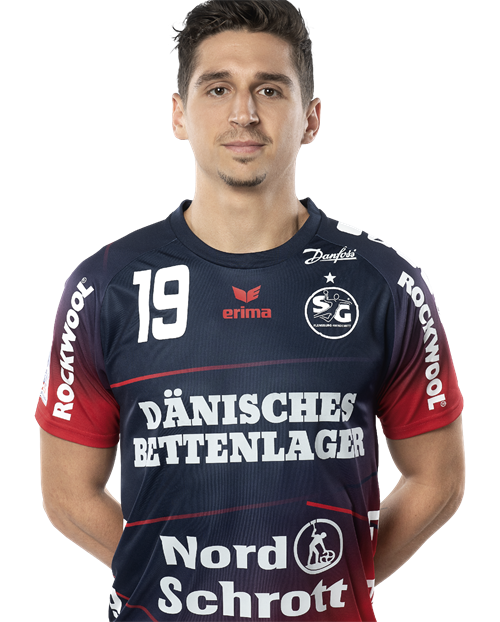