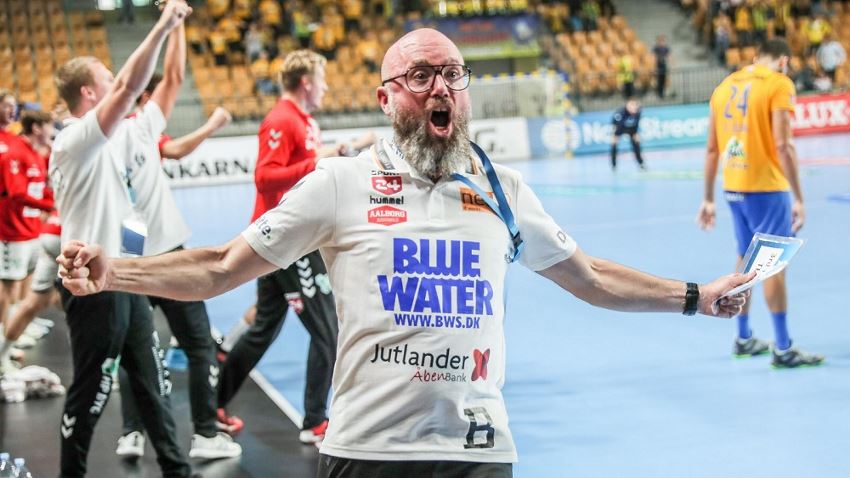 Eight talking points after a surprising round

It is quite hard to keep alive a winning streak in the VELUX EHF Champions League, yet five teams are still at 100 per cent after three rounds, with the competition stiffening around them.

Eight others have combined for zero wins, some players impressed with at least 10 goals scored in a game, while the Match of the Week provided a new record in Norway.

As there is enough to discuss, let’s start with our eight talking points from last week:

Three out of three for five teams…

There are still five teams who have been flawless since the beginning of the season. While this might be early after only three rounds, at least two are contenders for the trophy: PSG Handball and Vardar. The other three are more or less the surprise packages of the season, as few would have expected Aalborg, Bidasoa Irun and Sävehof to boast a 100 per cent record after three rounds. Sure enough, the biggest surprise is Aalborg. The Danish champions had the advantage of an easy schedule, facing three teams who combine for zero wins, but a goal difference of +21 is more than anyone would have expected. Their future games – two at home against Szeged and Flensburg and one visit to Paris – will definitely test their perfect record, yet they already bested their previous season in the VELUX EHF Champions League, where they won two games, drew one and lost 11. Here’s a huge improvement.

… and zero out of three for eight more

While five teams have three wins out of three matches and three more are still undefeated in the competition, the gap between these sides and the others looks increasingly bigger. Currently, there are eight teams out of the 28 that lost all their games. Elverum, Celje and Zagreb are already three points behind their opponents in group A, Motor and Brest stood little to no chance in group B, Eurofarm Rabotnik and Tatran Presov’s chances look slimmer round by round in group C, as well as Kristianstad’s situation in group D. If these teams do no start picking up points soon, their European season might be over before they know it.

The Match of the Week delivers again

The first two Matches of the Week featured Kiel and their impressive high-octane attack. This time, the Match of the Week moved to Norway, in group A, where Elverum hosted PSG in what proved to be a cagier affair than expected. Boosted by the 12,377 fans in Håkons Hall in Lillehammer, Elverum took the lead early, but failed to protect it and lost, 25:22, against the French powerhouse. It was the biggest attendance ever for a handball game in Norway and this is proof that the VELUX EHF Champions League can galvanise fans if the team deserves it. “It is difficult to put any good words in the atmosphere today. I think the best word is pride,” Elverum coach Michael Apelgren said after the match.

A new milestone for Vardar

When Timur Dibirov put his shot in the net in the 19th minute to help Vardar reduce the gap against Motor, it was the Macedonian side’s 4,000th goal in the VELUX EHF Champions League. The title-holders went on to win the game, 31:30, and secure the fifth consecutive season with a three-win start, but Vardar also became only the 12th team to score at least 4,000 goals in the European premium competition. Barça are the best all-time scorers in the competition with 9,226 goals - nearly 1,000 more than Kiel, who are second with 8,473. Veszprém, Zagreb, Flensburg, Montpellier, Celje, Atletico Madrid, Kielce, Szeged and Chehovskie Medvedi are the other sides who managed this feat.

Kim Ekdahl du Rietz sells the @ElverumHandball defence down the river with a delightful move in attack as @psghand grab the win in #MOTW.#ELVPSG #veluxehfcl pic.twitter.com/GJXK8ufJqY

Home form is key in the VELUX EHF Champions League

Home games are key especially in groups C/D, where every game is of the utmost importance, therefore dropping points at home is out of the question. Holding their home arena was key for Dinamo last season in their quest for progressing to the Last 16 and only the loss against Sporting prevented that. The Romanian champions have seven wins in their past eight games at home and they build upon their fans’ energy and good spirit and are now top of the group, with five points after three rounds. This is also true for Sävehof, who won both their home games and top group C, but more importantly for Porto, who managed wins against Kielce and Brest in Portugal to improve their chances of progression to the next phase. Porto did not lose a game at home in the European top competition since 2014, riding an eight-game winning streak in Dragao Arena.

Gudmundsson, the pick of the crop

Handball is a team sport and the cases in which a player can singlehandedly tip the scales for his side are seldom, yet there are still performances which you cannot turn a blind eye to. There are currently seven players who scored at least 10 goals in one game, four of them in round 3. The top performer was Icelandic left back Olafur Gudmundsson, who scored 12 goals for Kristianstad, but could not prevent the 36:29 loss against Wisla Plock. Bogdan Radivojevic scored 11 times for MOL-Pick Szeged against his former side, Flensburg, but the Hungarian side could only muster a draw, 24:24. On the other side, Amine Bannour led Dinamo with his 11 goals to an impressive 35:28 win against GOG, while Timur Dibirov had 10 goals for Vardar in the 31:30 win against Motor. While Darko Djukic (Brest) and Valentin Ghionea (Sporting) also had 10-goal games this season, only Aalborg’s Sebastian Barthold managed to tie Gudmundsson for the most goals in one game, 12, against Zagreb, last round.

Last season, Barça went on an unprecedented scoring spree, scoring 614 times, or an average of 34.1 goals per game. The Spanish side added creativity, craft and speed in attack this summer and have started once again to set the scoreboard on fire, becoming the only team this season to score at least 100 goals after three rounds. 109 goals, to be more exact, as they already put 45 past Celje and 36 past Zagreb, to boast an average of 36.3 scored goals per game. Despite their loss against Szeged in the first round, Barça still like to distribute the ball properly, with their best scorer, Ludovic Fabregas, only boasting a 14-goal tally, seven less than the top goal scorer of the season until now, Sebastian Barthold.

Another underperforming start of the season for Veszprém

Veszprém topped the power rankings before the start of the season, due to their superb summer on the transfer market, yet they are once again in muddy waters, after an uninspiring start of the season. The Hungarian side are on a two-game losing streak, against Kiel and Montpellier, falling to the sixth place in the rankings, with only two points. Last season, after two defeats in the first three rounds, coach Ljubomir Vranjes, currently plying his trade at IFK Kristianstad, left and was replaced with David Davis. The Spanish ace led Veszprém to the VELUX EHF FINAL 4 last season, therefore it is quite difficult to part ways with him now, but Veszprém need to find their footing once again in what could prove to be a long season for a team that is actively seeking the eluding trophy.