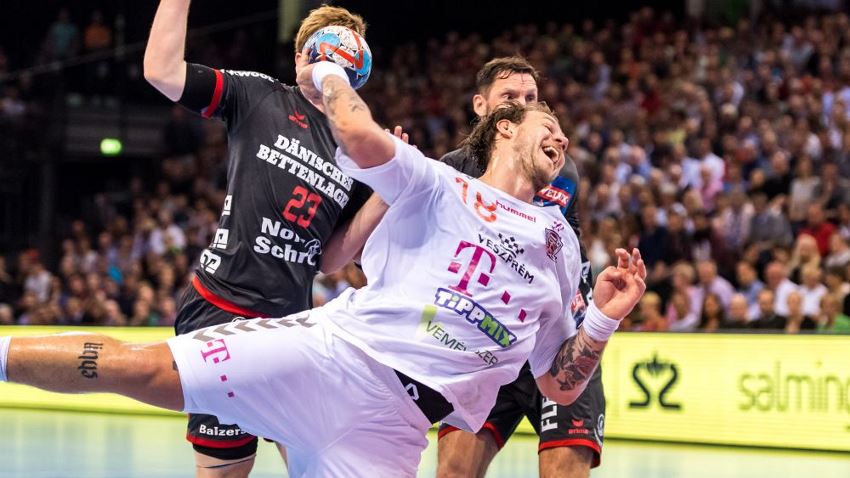 Veszprém take a comfortable cushion into the second leg

After an early Last 16 elimination by Skjern in the 2017/18 season, Veszprém are on course for their fifth participation at the VELUX EHF FINAL4 in Cologne. The record Hungarian champions took an impressive 28:22 victory at SG Flensburg-Handewitt in the first leg of their VELUX EHF Champions League Quarter-final tie on Wednesday.

6:5 in the 13th minute was Flensburg’s last but one lead, and then Veszprém took control, first by four unanswered goals for the 9:6, then through an extremely strong defence.

Despite some saves from Flensburg goalkeeper Benjamin Buric, it was not enough for the hosts to earn more than a level half-time score, 15:15, after their final lead at 13:12.

The first 15 minutes of the second half were the crucial period in the ultimately uneven encounter: Flensburg only scored once, while Veszprém struck with a high efficiency to lead 22:16. The visitors had calmed down the fans in the Flens-Arena, and even a strong intermediate period, when the hosts reduced the gap to only four goals at 20:24, did not change anything.

In the final stages, Veszprém again had the upper hand, easily cruising to a six-goal advantage, which provides them with quite a comfortable cushion heading into the second leg at home. It was Veszprém’s third victory in this season’s knockout matches after beating Sporting CP twice in the Last 16.