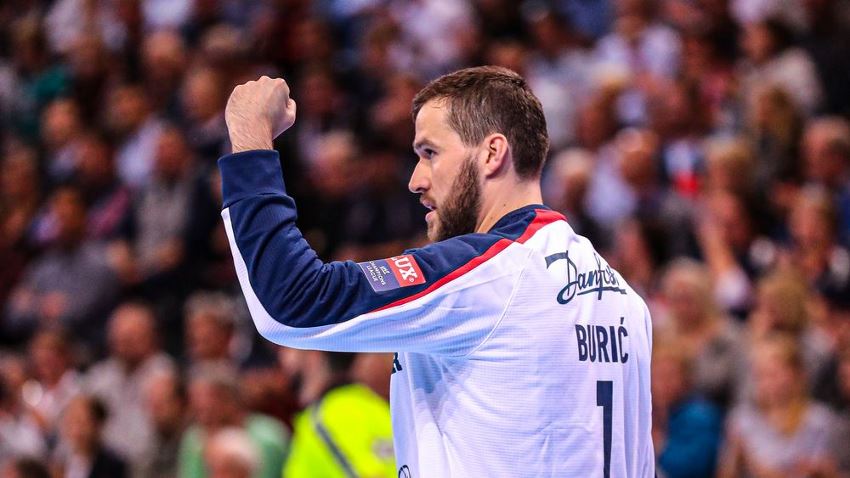 Round 4 of the VELUX EHF Champions League began with a clash between two teams enjoying very different campaigns so far. Unbeaten Flensburg with the best defensive record of all 28 teams, while Zagreb had the second-most goals conceded and no points on their account.

However, there was very little to choose between the sides in a defensive clash, with both teams only scoring ten in the first half. Zagreb scored even fewer in the second half as Flensburg turned the screw and finally cruised to victory.

Between two teams which pride themselves on defensive stability, the beginning of the game was unsurprisingly low on goals, but what few had expected was for Zagreb to take the better start.

After eleven minutes, the home team had only scored twice and, led by Matej Hrstic, the visitors were ahead by three.

A time-out taken by Maik Machulla was not immediately effective and Zagreb opened up a four-goal lead by the 24th minute. But the Croatian side remained quiet for the remainder of the half, unable to get past Senjamin Buric, while Johannes Golla scored three to draw the sides level at the break.

The second half was much the same as both teams struggled to put the ball into the net. The best example was Flensburg’s Magnus Rod as the usually prolific left-hander missed seven of his first eight shots.

Although Zagreb were having difficulties in breaking through, they held a 15:14 advantage with 13 minutes left on the clock.

The hosts enjoyed another 4:0 run late in the half, shutting Zagreb out in a crucial period to grab a hold of the game and another two points to go top of group A.

Flensburg coach Maik Machulla acknowledged the impact new Zagreb coach Veselin Vujovic had: "Zagreb have a new coach, we expected a much more emotional and strong defense. We had some trouble getting through it.

"We had also a very good defense today. 20 goals in a home game is not good enough, it could be more, but I am satisfied with two important points."