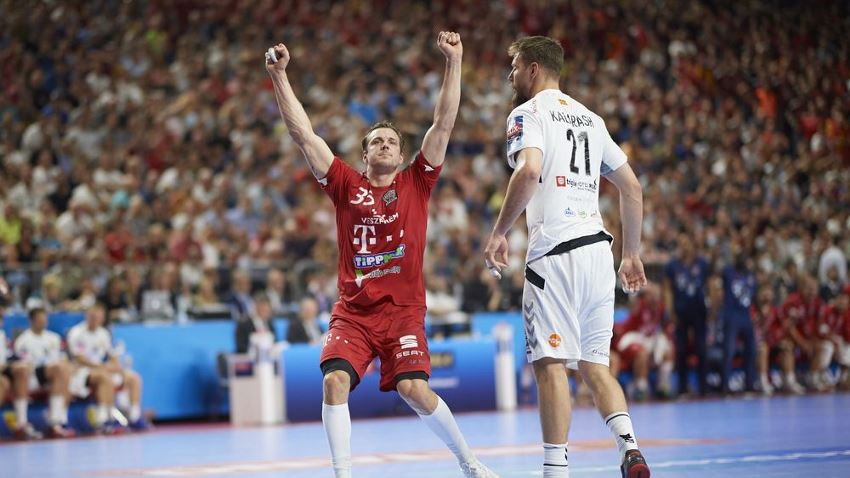 With the beginning of the VELUX EHF Champions League just days away, there is still so much to speculate on as we do not know for sure which teams will be best prepared for the new campaign.

Nevertheless, with summer transfers and early season form to work with, here is the fist power ranking of the season.

After a promising start to last season ended in disappointment and a Last 16 exit, Meshkov Brest are back with a strong squad and a new leader.

Talented young coach Raul Alonso is now alone as head coach and he has an interesting squad to choose from, bolstered by the arrival of William Accambray and Jaka Malus from Celje and the return of last season’s best scorer Alexander Shkurinsky from injury, while Bosnian newcomer Marko Panic impressed with seven goals in their opening SEHA league match, a 28:27 loss to Veszprém

Having lost their crown in unspectacular fashion, crashing out in last season’s group phase, the pressure is well and truly off Montpellier this season and it will suit them perfectly.

Throw a fully fit Diego Simonet, who won the Pan American Games with Argentina, into the mix and you have a very exciting back court.

The reigning German champions had a fairly quiet summer in terms of transfers, with Rasmus Lauge’s departure outweighing the arrival of Michal Jurecki from Kielce.

However, this club thrives on having a settled team and all of last year’s new arrivals are well embedded in the squad at this stage.

Flensburg have enjoyed a productive pre-season, won the German super cup against Kiel and are unbeaten in the league so far, with a draw against Wetzlar their only setback.

The number one spot would usually be reserved for the defending champions, but unfortunately for Vardar, they have lost a number of important players over the summer, such as Dejan Milosavljev, Igor Karacic, Rogerio Moraes and Gleb Kalarash.

Write these guys off at your peril though, as they proved last season when they stormed to the title with nobody giving them a chance in pre-season. It will be a tough task for the Skopje club and the opening few weeks will tell us a lot.

Despite looking like serious contenders to reach Cologne for much of the season, Szeged fell at the final hurdle against eventual winners Vardar and lost their Hungarian crown to Veszprém, which should leave them even more motivated to set the record straight this season.

The arrival of Luka Stepancic and Roland Mikler, who featured in the top summer transfers is a big boost to an already impressive squad and expectations to make it all the way to the VELUX EHF FINAL4 will be big.

It is still early days in Kielce’s pre-season, but the fact that most of their players are fit is already a massive improvement on last season.

Given what they achieved last season, reaching Cologne despite constant injury worries and facing PSG in the quarter-finals, you cannot help but consider them serious contenders this year.

Two big names left the club, Luka Cindric and Vladimir Cupara, replaced by two equally impressive names in the same positions, Igor Karacić and Andreas Wolff. Only time will tell whether these players will be an improvement.

With Filip Jicha taking the reins from Alfred Gislason, it is difficult to know how Kiel will perform this season.

However, they appear well placed based on last season’s EHF Cup triumph and some brilliant handball on display at times in the Bundesliga. Their early season form has been mixed, with a friendly win over Barça and Super Globe win over Vardar, before losing to Barça in the final as well as losses to Flensburg in the German super cup and Magdeburg in the league.

Will this finally be the year for PSG? At times last season, they look unstoppable, until their title charge came crashing down against Kielce.

Vincent Gerard, Kamil Syprzak and Gudjon Valur Sigurdsson are fine additions to the team and if Nikola Karabatic can rediscover his pre-surgery form, PSG could put together a title-winning campaign at last.

Of all teams at the VELUX EHF FINAL4, they produced the most consistently brilliant handball throughout the season, but it counted for nothing in the second-half collapse against Vardar in the semi-final.

The pain experienced by this young squad is certain to make them stronger and if you thought they looked good last year, just wait until you see Luka Cindric thrown into the mix.

The Spanish champions have already picked up three pre-season titles, including the IHF Super Globe, and there should be more on the way this season.

Lauge, Moraes, Cupara, Borozan – Veszprém went big with their summer transfers, as they usually do, and it makes an already impressive squad, quite frankly, scary.

David Davis did wonders with the team after joining during last season and with a full pre-season to work with, he will have plenty of time to mould the team and style of handball he feels will work best. All things considered, it is difficult not to put the Hungarian champions top of the pre-season power ranking and it is an exciting time for Veszprém fans.