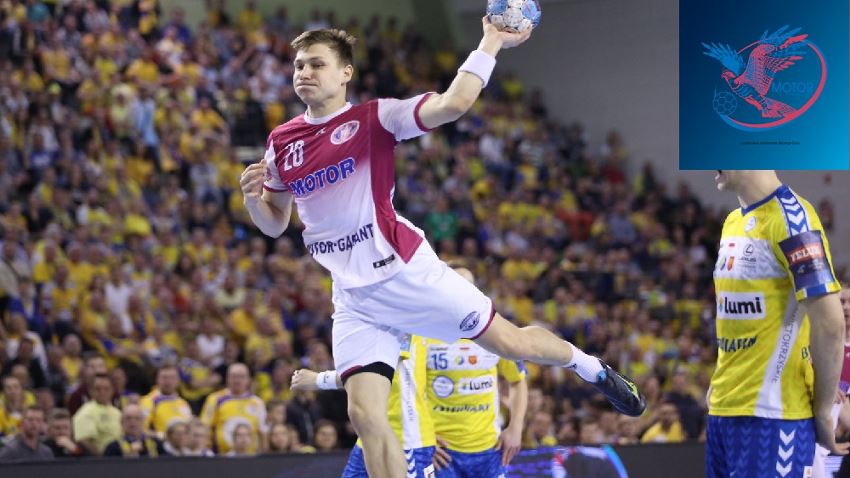 Motor hope to go one step beyond

Last season, Motor Zaporozhye were included into the Groups A/B section of the VELUX EHF Champions League for the first time. Still, the Ukrainian champions advanced from their group and reached the Last 16.

Having bolstered their squad with a few quality players, now they hope to take the next step.

- Can Motor make it to the quarter-final?

Last season, the Ukrainian team had a poor start in the continental top flight, but after coach Patryk Rombel stepped down in October and Mykola Stepanets took over, the results vastly improved. With Stepanets still at the helm, and with the experience accumulated over the past few years, Motor aim to reach the quarter-final for the first time in history.

Zaporozye have been drawn into a tough group with Vardar, Veszprém, Kielce and Kiel, though Porto or Brest likely will not be out of reach so another Last 16 ticket is possible. And then, Motor will need their share of luck to proceed. “Motor hope to be a hard nut to crack for all the strong rivals. The journey will not be easy, but we have to make it with dignity,” team captain Zakhar Denysov says.

The 32-year Belarusian, who can perform both as a left back and as a playmaker, is a key figure at Motor. He proved it again the last season, becoming the joint fourth-best VELUX EHF Champions League scorer with 87 goals. In February 2019, Pukhouski became the first Zaporozhye player ever to be elected EHF Player of the Month. There is hardly any doubt that in the new season, Pukhouski will again lead his team.

- Will the new players make the team stronger?

This summer, Motor have signed quite a number of players who can add depth and international experience to the squad. In particular, Stanislav Zhukov and Dener Jaanimaa have acquired a lot of experience by playing in the German Bundesliga. Besides, Montenegro’s Stevan Vujovic has a powerful shot and plays well in defence, so he also may become an important figure in the team.

Under the spotlight: Zakhar Denysov

On the left wing he faces tough competition from Russian player Igor Saroka, but Denysov is still one of the leaders of both Motor and the Ukraine national team. The 29-year-old wing is one of the brightest and most charismatic players of Motor, and no wonder that he was elected team captain. His leadership qualities and scoring abilities are certain to play an important role in Zaporozhye's game.

Motor’s players and officials believe that the team can further develop and reach higher goals. “Our aim is to reach the VELUX EHF Champions League Quarter-final, and I’m sure that it’s not impossible,” team manager Olimpii Pokatov says.

Initially left back Stanislav Zhukov was not going to return to Motor in the 2019/20 season. The 27-year-old back had extended his contract with VfL Gummersbach last autumn, but when the 12-time German champions were relegated from the Bundesliga, he made the switch and joined Motor again after a two-year absence.

A post shared by Handball Club MOTOR (@handball.club.motor) on