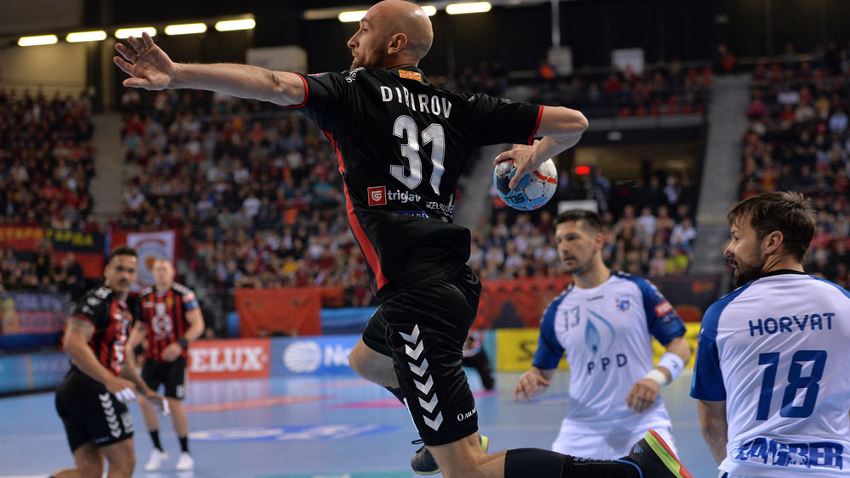 After a brilliant performance in the first leg, HC Vardar confirmed their domination over Zagreb. The victory books them a place in the VELUX EHF Champions League quarter-finals against either Orlen Wisla Plock or MOL-Pick Szeged, with their second leg due to be played on Sunday.

HC Vardar took a nine-goal advantage into the second leg after a resounding victory in Zagreb last week. They started strongly and once more, Dainis Kristopans scored the first goal as the home side jumped to a 5:2 lead after five minutes.

In the next minutes, Zagreb lifted their performance and profited from goals by Zlatko Horvat and Ivan Srsen to reduce the difference to only two goals.

However, the Croatian champions did not have the strength to keep their rhythm, allowing their counterparts to gain a six-goal advantage by the 18th minute. Although Zagreb fought back a little, Vardar went into the break six goals up after Sergei Gorbok netted his first goal of the season from 12 metres.

In the second half the Croatian club finally took advantage of Vardar’s rotations and found their game, taking back the initiative which resulted in reducing the distance to one goal at 29:28 nine minutes before the final buzzer.

Horvat was the most efficient player in the guests’ squad and equalised the score 30:30 with his 10th goal, but this was not enough for the visitors to win the match.

Although Vardar won by just two goals in the end, their first-leg advantage meant that their sixth quarter-final place in a row was assured.

Vardar coach Roberto Garcia Parrondo said he was happy with the win.

"We played very good in the first half and with maximum intensity which brought us the difference. In the second half we didn’t play with the same intensity which is reasonable because you can’t keep the same tempo for 60 minutes," he said.

They faced a difficult task and could not overturn the decisive first-leg deficit, but @RKZagreb fought till the last breath in their #veluxehfcl Last 16 encounter vs @HCVardar 👏 Check out this neat fast-break goal from Buric pic.twitter.com/grOejVuMA5