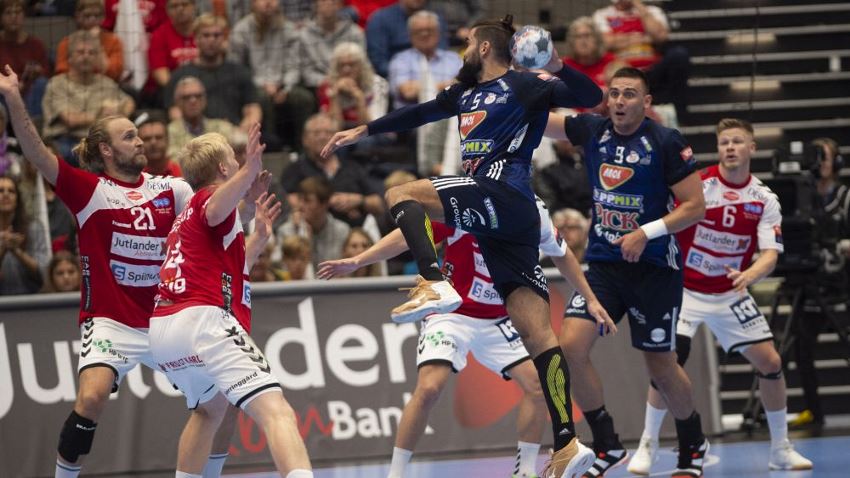 Through an impressive performance in the first 20 minutes, MOL-Pick Szeged stormed to victory in the VELUX EHF Champions League Match of the Week for round 4.

As they led by 10 goals after 20 minutes, the foundations for Szeged's impressive win in Sunday's match were built in the early stages. With 11 goals, line player Bence Banhidi strongly contributed to the Hungarian side's clear 35:28 win.

Brilliantly led by playmaker Dean Bombac, MOL-Pick Szeged were completely dominant from the start against Aalborg Handbold. After just nine minutes, Aalborg coach Stefan Madsen called his first timeout, but that did not help his team as they trailed 9:3.

Aalborg tried a 5-1 defence and playing with an extra attacking player, but that did not help either as Szeged extended their lead to 10 goals – firstly at 17:7 and then 18:8.

Returning to playing six against six, Aalborg gradually got more into the game and managed to cut the deficit in half by half-time.

However, in the second half, Szeged never allowed Aalborg any genuine prospect of a comeback.

Through greater experience and a deeper squad, the visitors made sure that their opponents did not get any closer than six goals down. The cooperation between the back court players and line player Bence Banhidi functioned particularly well, with Banhidi benefiting from this to score 11 goals and receive the player of the match award.

Szeged left wing Jonas Källman was pleased with how they played as a team on Sunday. He said: "We played fantastic as a team today, and that was exactly what we needed. We had some difficult times along the match, and Aalborg punished us in those periods. We managed to stop those periods and instead we succeeded in getting the easy goals from fast breaks."

Aalborg Handbold left wing Mark Strandgaard did not feel his side played to their potential. He said: "Szeged came with a lot of power and tempo from the beginning. We knew that, but we did not succeed in matching that. We had an amazing crowd behind us all game long, but we couldn’t deliver the result that we all hoped for."