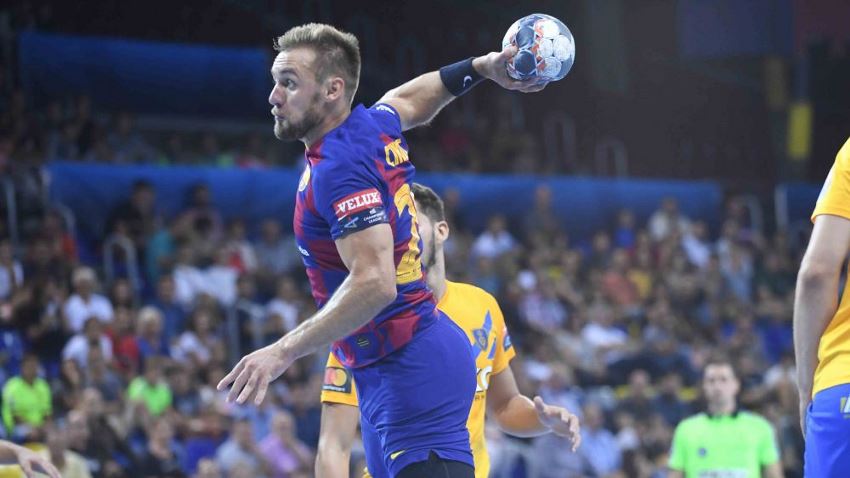 Losing just one VELUX EHF Champions League game is not something that is acceptable for Barça. On Saturday, the players of the Spanish team looked really focused when they entered the court in the Palau Blaugrana.

And Barça did not give Celje any chance, scoring 21 goals in the first half alone when Aron Palmarsson and Luka Cindric were firing on all cylinders.

In what proved to be a one-sided win for Barça on Saturday evening, Celje did not manage to lead once on the scoreboard. Aron Palmarsson scored on his team’s first two actions. With the Icelandic centre back unstoppable in the first ten minutes, scoring twice and also delivering two assists for line player Ludovic Fabregas, the hosts quickly secured a five-goal lead (8:3). 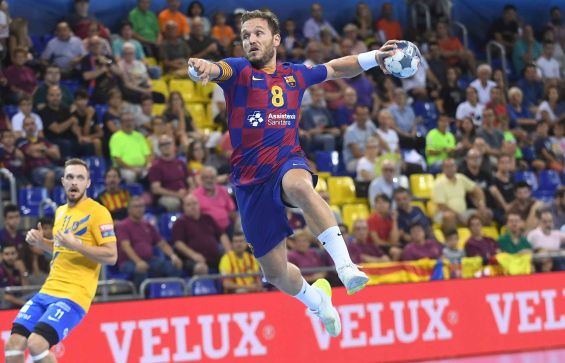 And when Palmarsson was not on the court, you could count on Luka Cindric to take responsibility. The Croatian picked up where Palmarsson left off, and Barcelona were firing on all cylinders. Despite Makuc scoring three goals, Barcelona went back to the dressing room leading by eight at half-time (21:13).

Things did not improve for Celje after the break, as Barcelona carried on with their supreme attacking display. This time it was Dika Mem, the French right back, who was at the wheel. Scoring three in a row, he put his team ten goals ahead in the 37th minute (27:17). At that point, all Barcelona had to do was to cruise to the victory while Xavi Pascual was turning his bench. Apart from the two goalkeepers, all of his players scored at least once.

“In my opinion we played very, very well. We played absolutely concentrated on the game. We started at 100%. In addition, when we changed the players today, everybody wanted to participate, and I think that we played an amazing game,” said Barça coach Pascual. “I am very happy with the team because we changed our face – the first game in Szeged, in the first half we did not play with rhythm, and in the second half we started better. Now today, we showed everyone that we want to be in Cologne this season.”