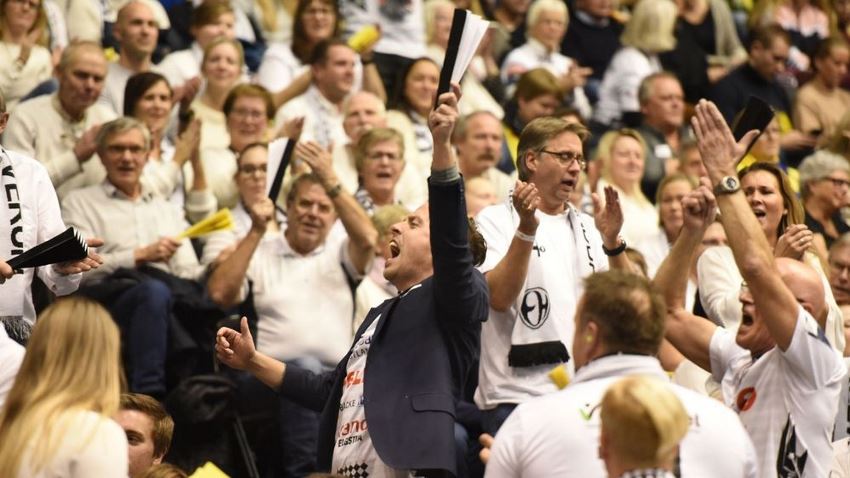 In their first season in Group A of the VELUX EHF Champions League, Elverum Handball are going all out.

The Norwegian champions’ first big-name visitor is Paris Saint Germain in Round 3 and to celebrate the occasion, the match will be played at the 11,500 capacity Håkons Hall in Lillehammer on 28 September at 17:30 hrs.

Elverum hope to smash their previous record attendance of  6,042 and dream to beat the record for highest attendance at a handball match in Norway – 11,200 at the 1999 Women’s World Championship Final.
”This season we get the ultimate test for how good we can be both on and off the court. We will meet big teams during the whole season, and the home-game against PSG will be the biggest club-game in Norway in the last 22 years, maybe ever,” said Elverum managing director, Mads Fredriksen.

Among PSG’s star-studded squad is Sander Sagosen, who will be a huge draw for local fans and it will be a personal highlight for the Norwegian international.

“It is a dream for me to play in the Champions League in Norway. Let us make this match to the biggest club match in Norway ever.”

Tickets for the clash on 28 September will be released on Sunday 18 August on Elverum’s club website.