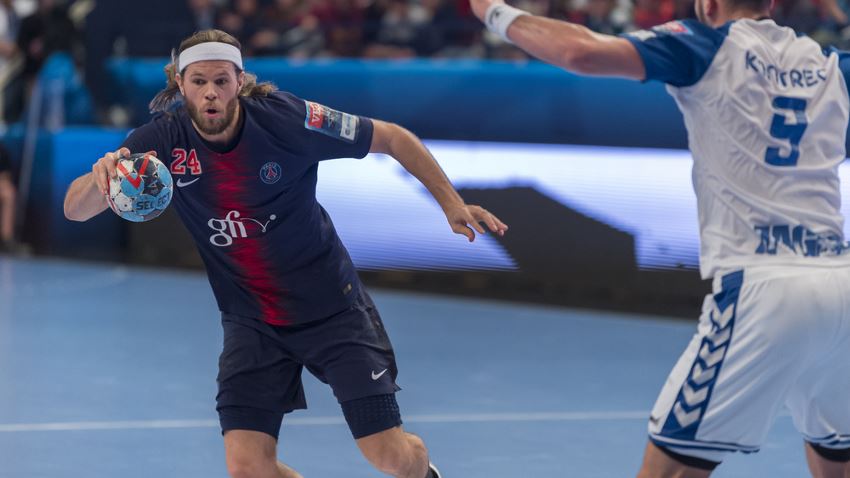 The business end of the VELUX EHF Champions League is always fascinating to watch, knowing surprises may spring whenever a favourite is caught in a fiery double header, as highlighted over the past 10 years since the new format was adopted.

While this year’s competition has brought a few new faces into the mix, five teams from last year’s edition of the premium European competition have made it back to the quarter-finals.

With the next stage looming, it is now time for another edition of the traditional power ranking. Paris-Saint Germain HB and Barça Lassa – the teams that won their groups – lead, as few squads could match their attacking and defensive output this season, but they are followed closely by the in-form side of 2019, Veszprém.

How will the games unfold? Let us analyse all eight teams, keeping their past performances and injury woes in mind.

It has been an injury-marred season for the Polish side, whose resilience was tested during the group phase. Coach Talant Dujshebaev’s team finished fourth and, after disposing of Motor Zaporozhye in the Last 16, now face their toughest test to date: PSG.

Fast-paced Kielce will need to fire from all cylinders in attack, while also trying to find ways to stop the high-flying French team. Judging by the number of conceded goals, Kielce had the weakest defence in the Last 16 phase, leaking goals at an alarming rate of 30.75 per game.

In their last Polish league match, Kielce could not count on Michal Jurecki, Daniel Dujshebaev, Krzysztof Lijewski, Julen Aguinagalde, Filip Ivic or Luka Cindric due to injuries. Dujshebaev and Jurecki are sure to miss the PSG tie, which will definitely be a blow for the injury-battered Kielce.

Last year’s finalists have struggled in the group phase, but finished on a high, losing only one game from their last seven. They also impressed in the Last 16 game against Rhein-Neckar Löwen, whom they eliminated thanks to a tough 62:61 aggregate win after erasing a two-goal deficit from the first leg in Germany.

The French side have the experience and a strong home record, but playing against Barça Lassa is always a tough ask. The defence must be improved, while the attack should be again on par if they are to stand a chance against the offensive juggernaut.

For the sixth time in the last seven seasons, Flensburg are back in the quarter-finals, but they are also serious underdogs against the resurgent Veszprém side. The German team have never quite impressed this season, winning nine games, including two in the Last 16 against Meshkov Brest.

However, they finished third in their group and can be a force to be reckoned with, as shown in the Bundesliga. In Germany’s domestic competition Flensburg lead the table, having lost only once – in their last game before the international break, against Magdeburg.

A huge exodus last summer means that Vardar are not the powerhouse that looked set to challenge for the VELUX EHF Champions League each season, but coach Roberto Garcia Parrondo has managed to instill new motivation and hunger in his team.

Vardar had a season full of ups-and-downs. Their weaknesses were brought to light when they failed to protect their home court against Barça and Veszprém after an amazing four-win start. They need to avoid a home loss against Szeged if they are to contend for a VELUX EHF FINAL4 berth, especially as the second game will be played in Hungary.

Moreover, the Macedonian side have issues on the left back position, as German back Christian Dissinger was injured in the SEHA League Finals, while Sergei Gorbok has only just returned following his recovery. Montenegrin sharpshooter Vuko Borozan’s status is uncertain, after he failed to report to training and missing the SEHA League Finals two weeks ago.

It has been a dream season for the Hungarian champions, who are still searching for that elusive VELUX EHF FINAL4 spot for the first time ever. Szeged have won many matches with their defence and the approach will surely not change before the clash between two of the best Spanish coaches in men’s handball: Juan Carlos Pastor and Roberto Garcia Parrondo.

The Hungarian side had their ups and downs this year, with one of the lowest goal differences in the competition after the group phase, +14. However, their 11 wins out of 16 games – including an eight-match unbeaten streak on their home court – make Szeged a tough nut to crack even for the best teams.

It is no wonder that PSG recorded their only loss of the season in the away game against Szeged.

After losing the domestic title against archrivals MOL-Pick Szeged for the first time after 10 consecutive seasons last spring, things looked to go from bad to worse for the Hungarian powerhouse. Veszprém were defeated in four of their first seven games in this season of the VELUX EHF Champions League.

Replacing Ljubomir Vranjes with David Davis on the bench instilled new life into Veszprém, who went on to secure second place in the group with some astonishing defensive displays. The Hungarian side were once again erratic at times in the Last 16 against Sporting CP, but a 65:57 aggregate win against the Portuguese side was enough to return Veszprém to the quarter-finals of the top European competition, after they missed the cut last season.

Playing the away leg of the quarter final against Flensburg in front of their raucous fans should help, but the Hungarian side should also improve consistency if they are to proceed to the VELUX EHF FINAL4 for the fifth time in the past six years.

After a strong start to the season, Barça looked like they were in a bit of trouble, especially after drawing their first game in the domestic league, 28:28, against La Rioja. However, the Spanish side are still the attacking juggernaut that ran riot through VELUX EHF Champions League defensive systems, despite the loss of top scorer, Danish left wing Casper Mortensen, due to an injury.

With an average of 34.7 goals scored per game this season, it is a question of when Barça will find a defence that can stop them. But even if it is possible, is that defence ready?

The Spanish champions have a plethora of other options in attack and will surely learn from last year’s premature elimination from the top European competition at the hands of Montpellier. A seventh VELUX EHF FINAL4 appearance in 10 years looks all but set in stone.

Only two teams have managed to claim PSG’s scalp this season – MOL-Pick Szeged in the VELUX EHF Champions League and Montpellier in the French Cup.

Matching a back line of Mikkel Hansen, Sander Sagosen and Nedim Remili – 189 goals scored between them – is difficult for virtually any team, as the level of talent, speed and power is almost impossible to beat in the VELUX EHF Champions League.

Winning Group B has helped PSG earn a well-deserved rest, but will there be rust after almost two months away from the top European competition? The double header against Kielce will answer the question, but anything other than winning the trophy after a potential fourth consecutive appearance in the VELUX EHF FINAL4 would be deemed a failure for the French powerhouse.