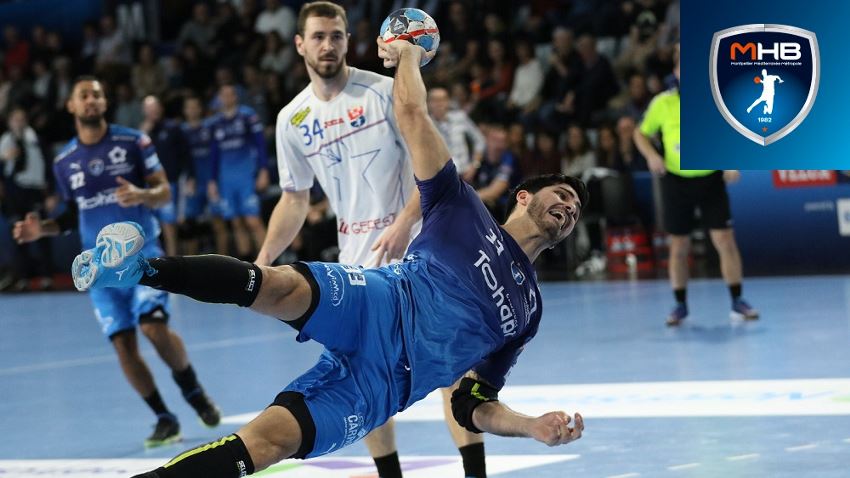 First the title. Then the elimination in the group phase. Fair to say that the VELUX EHF Champions League has been a rollercoaster experience for Montpellier HB over the past two seasons.

The French side is eager to recover from its disappointing showing last season and is targeting a return to the quarter-finals.

- Can Montpellier cope better with a very competitive group this time?

Battling with Barça, Veszprém, Kielce and Rhein-Neckar Löwen was a little bit too much for the 2018 champions last season. This time around, Group B will be as tough, with reigning champions Vardar as well as Kielce, Veszprém and Kiel expected to fight for the top spots. “Once again we find ourselves in a very strong group. Three teams took part in the VELUX EHF FINAL4 last season, Kiel are back at the highest level, while Zaporozhye, Porto and Brest are able to win against anyone,” captain Valentin Porte says.

- Is a quarter-final spot a realistic goal?

At least, that’s what the club has set out as an aim. “The Champions League is very important for the city of Montpellier but also the whole area since everybody here wishes for an international visibility,” says Patrice Canayer, who has been in the club’s coaching staff since 1994 and head coach since 1996. “To make it out of Group B will be the first step and that will not be an easy one to achieve. But after that, as we all know, it’s hard to predict anything in the Champions League.”

- Who will be the two goalkeepers playing in the Champions League?

Montpellier are one of the few clubs to boast three goalkeepers with Champions League level. While Nikola Portner was been with the club since 2016, Marin Sego was signed from Szeged this summer and Kevin Bonnefoi from French rivals Nantes. Patrice Canayer has hinted there will be no rotation so one goalkeeper will have to join the B team this season. But no choice has been made yet.

Under the spotlight: Diego Simonet

It has been a long time since Diego Simonet played a complete season without an injury. In fact, there hardly has been such season since he arrived in Montpellier in 2013. Last season he struggled with a thigh injury for most of the season. If the MVP of the EHF FINAL4 2018 is back playing on his top level, Montpellier should look different this season.

The new Champions League season will be the last under the current playing system. The changes taking places from 2020 are already on many players’ minds. Including Valentin Porte’s, who knows that a club that has won the Champions League two times in the last 20 years has to be featured in such a competition. “We want to show that the club is still part of the best European teams and should be part of the new competition,” the captain says.

In 2018 Jonas Truchanovicius was the first Lithuanian player to qualify for the VELUX EHF FINAL4 and, indeed, to win it. This time, Montpellier’s young left-hander Giorgi Tskhovrebadze will be one of the first players from Georgia to play in the Champions League.