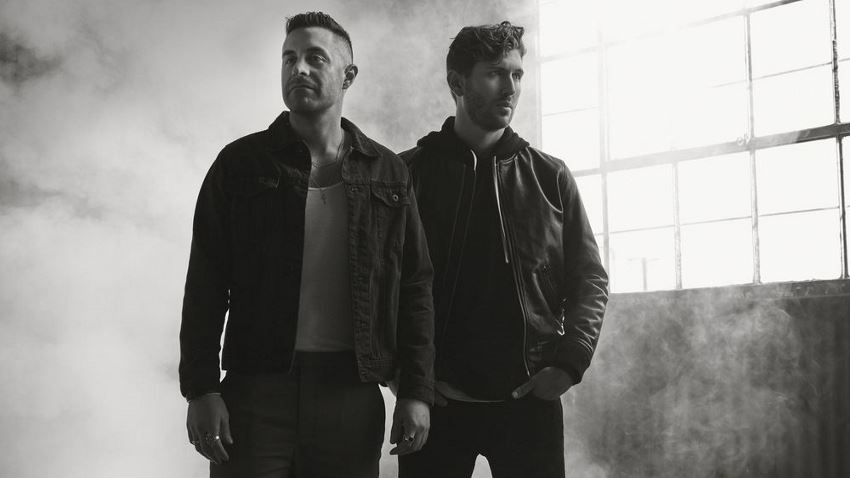 The Score to ignite the atmosphere at the VELUX EHF FINAL4

American band The Score will take the centre stage in the LANXESS arena in Cologne on 2 June ahead of the final match of the VELUX EHF FINAL4 and again just before the award ceremony.

In the lead-up to the final match, Eddie Anthony and Edan Dover will perform their hit ‘Legend’, which has more than 23 million views on YouTube. The American band will warm up the crowd also before the award ceremony with their energetic song ‘Born For This’.

"We always get so much love from our fans in Germany and throughout the UK. It's going to be so fun to see everyone up close and in person at the EHF FINAL4,” said the dynamic pop-rock duo.

The New York-born and Los Angeles-based duo started in 2015 but has already reached hundreds of millions in cumulative streams within three years’ time with their two EPs ‘Unstoppable’ and ‘Myths & Legends’ and a 2017 full length debut, ‘ATLAS’.

The duo’s music genre juggles between rock, pop, indie and electronic, making their music omnipresent in movies and television as well. Their songs have been placed in campaigns for the NFL play-offs including the Super Bowl, NBA, Jeep and Daytona 500.

Commenting on the announcement, David Szlezak, Managing Director of EHF Marketing GmbH, said: “The VELUX EHF FINAL4 is proving its status as the benchmark event of European indoor sport again. The weekend in Cologne on 1/2 June offers the full package of the most exciting handball action as well as the very best entertainment. This year, we are celebrating the 10th edition of the event which is something very special for us. Having the popular US band The Score contributing to our celebrations with their upbeat music will elevate the show to a new level.”

Well-known faces in the entertainment team

In addition to the performance of The Score on 2 June, the well-known faces of the entertainment team will make sure all the fans are getting an unforgettable experience.

Anett Sattler and Markus Floth will be the official presenters with Hannah Jackson covering the action behind-the-scenes mainly for social media. The Swedish duo consisting of DJ Peter Vikström and hall announcer Claes Mårtensson will make sure the atmosphere in the LANXESS arena is electrifying.

This year’s event is a celebratory one as the VELUX EHF FINAL4 marks its 10th year in the fantastic LANXESS arena in Cologne, Germany. The first weekend in June (1/2 June) will not only offer thrilling handball matches but also a breathtaking show.

Eight teams are still in contention for the four most wanted places in Cologne. The quarter-final pairings are set with the first leg being played from 24 to 28 April and the second from 1 to 5 May.

EHF Marketing GmbH is the marketing arm and subsidiary of the European Handball Federation. The company works closely with marketing and media partners, as well as with Europe’s leading clubs to realise the full potential of the sport on the international sports market.  EHF Marketing GmbH is responsible for the marketing and media rights of club competitions including the VELUX EHF Champions League, WOMEN’S EHF Champions League and the MEN’S EHF Cup. Visit ehfCL.com and ehfFINAL4.com for more information.