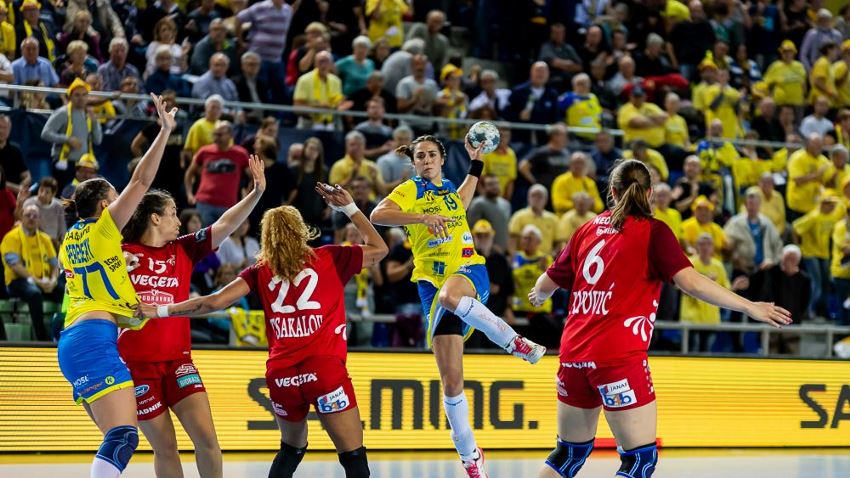 Metz Handball opened their DELO WOMEN’S EHF Champions League campaign at home just like they ended last season in the quarter-finals: with a home win.

Podravka knew they would have a hard time on a court that has not been taken over for two years now, and the Croatian side lacked consistency on both sides of the court to compete.

Whoever thought that Metz Handball would suffer through the absence of four major players may have to think again now. Despite Xenia Smits, Laura Glauser, Laura Flippes and Orlane Kanor being out through injury, the French side took the reins of the game early on and never lost control.

The right-handers were the first to fire away, scoring a combined 11 goals in the first half to put the hosts on the right track.

Thanks to Tjasa Stanko, Podravka remained in the game for a while, and Metz only led by five after 16 minutes. But when Metz’s defence became as efficient as their attack, the visitors could not do anything and they were down by 11 at the break.

A team with as much experience as Metz does not a lead slip when they are ahead by so many. And the French side carried on accelerating in the second half, with Grace Zaadi and Marion Maubon taking every shot to score. Left wing Maubon gave Metz their biggest advantage of the game, 15 goals, in the 44th minute.

With the two points in hand, Emmanuel Mayonnade, Metz’s coach, decided to open his bench and give some of his players their first Champions League experience. Some of them struggled a little bit, but it was not enough to give the Croatian side any hope of victory. With two in-flight goals to wrap the game up, Metz ultimately won by 14, 40:26.