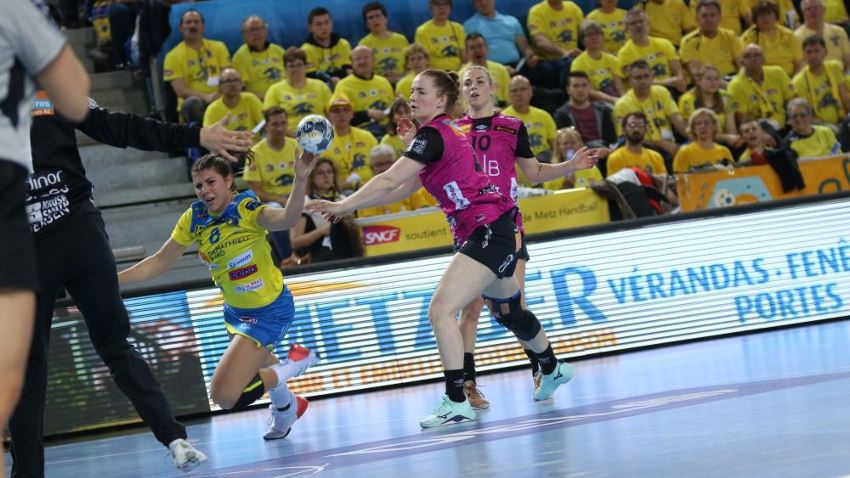 After a feast of goals in the first match between Metz Handball and Vipers Kristiansand, which ended in a 38:38 draw, the round 4 match in group A of the DELO WOMEN'S EHF Champions League showcased improved defences from both teams.

An inspired performance from goalkeper Ivana Kapitanovic was pivotal to Metz claiming a nine-goal win. The two points allow Metz to procede to the main round, while Vipers will have at least to wait until next week to get their ticket.

Vipers showed in the first match of the against Metz that they could score 38 goals, but they struggled a lot more on Sunday night. The Norwegian side only scored 17 in the match, including just seven in the second half. The player responsible? Ivana Kapitanovic, Metz’s goalkeeper, who saved 20 shots and helped her team take the lead from the start.

After an initial 5:0, the match levelled up a little bit, with the visitors coming back into the game and only trailing by two at half-time.

Metz were a little bit slow to react coming out of the locker room for the second half. Metz conceded two goals without responding and in the 33rd minute, the score was even at 12:12 and the match was wide open once more.

That was the right time for Ivana Kapitanovic to start her show. The Croatian goalkeeper looked like a wall to her opponents for the last 25 minutes of the game, conceding only five goals, including two penalty shots. Metz's rhythm was too much for Vipers’ defence, especially as line player Astride N’Gouan was finding solutions.

The gap grew and grew, until it reached nine goals, 26:17, which was the final advantage for the hosts.