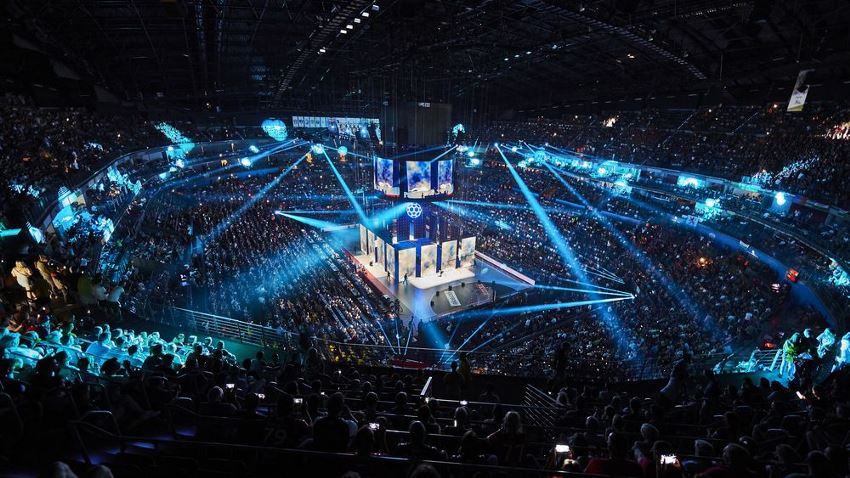 Close to 1,000 handball fans have been interviewed at the VELUX EHF FINAL4 2019 in Cologne and the DELO WOMEN’S EHF FINAL4 2019 in Budapest, with their answers confirming the growing internationalisation and benchmark-status of both events.

The two surveys involved face-to-face as well as online interviews and were conducted by German company Global MMK on behalf of EHF Marketing GmbH.

The vast majority of fans (78% in Cologne and even 87% Budapest) are within the preferred advertising target group of 18 to 49 years of age. They are highly educated with more than 60% (Budapest) and 56% (Cologne) holding at least a Bachelor’s degree.

What has shifted significantly since 2015, when the survey was first conducted in Cologne, is the country of residence the fans come from.

In Cologne, demographics show that 71% of spectators do not live in Germany where the event has been taking place for the last 10 years, but come from all other European countries. Compared to 2015, when 64% of fans were German, it is evident that the event has become more international and a place for all handball fans, no matter if their preferred club is participating or not. 71% visit the event from countries that do not have a team at the EHF FINAL4.

Speaking in this favour are also 10,000 tickets already sold for the 2020 edition of the VELUX EHF FINAL4. Even though fans do not know which teams will participate, they have been queuing for hours to buy a ticket. Fans being interviewed at this year’s queue in Cologne said that even if their team does not qualify, they will still come to have fun and watch amazing handball. 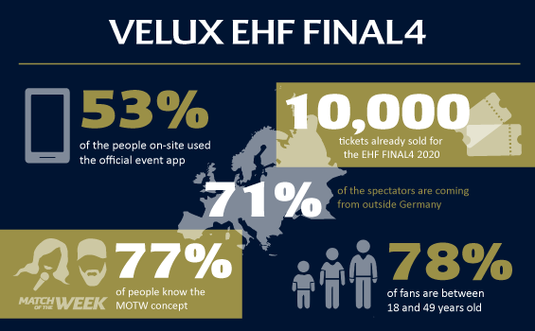 In Budapest, the majority of fans still come from Hungary. However, 46% of the fans are travelling to the Hungarian capital from all over the globe. Almost half of this year’s spectators were first-time visitors. 22% of fans were at Papp László Budapest Aréna for at least the fourth time – six events have taken place so far.

Successful first for the Delo Group

The title sponsors dominate when it comes to event sponsor recognition. The VELUX Group has been the title sponsor since the first edition of the EHF FINAL4 in Cologne in 2010 and enjoys the highest unprompted recognition followed by Nord Stream 2 and Gorenje.

The Delo Group was a first-time title sponsor of the WOMEN’S EHF FINAL4. Nevertheless, it received the highest unprompted recognition of all 12 event sponsors and partners. 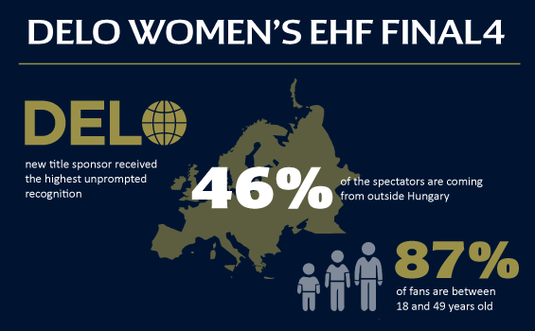 When it comes to the use of information resources, the designated EHF Champions League social media channels and the official website are most used by the fans. Additionally, at the VELUX EHF FINAL4, more than half of the people on-site used the official event app. Besides various features, the offered exclusive player statistics sourced from the KINEXON player tracking technology and the SELECT iBall.

Well received is also the Match of the Week, the highlight event of each round leading up to the VELUX EHF FINAL4. 77% have heard of the concept which also features exclusive social media coverage, involving the Faces of #ehfcl, Markus Floth and Hannah Jackson, as well as former player Anja Althaus for the women’s competition.