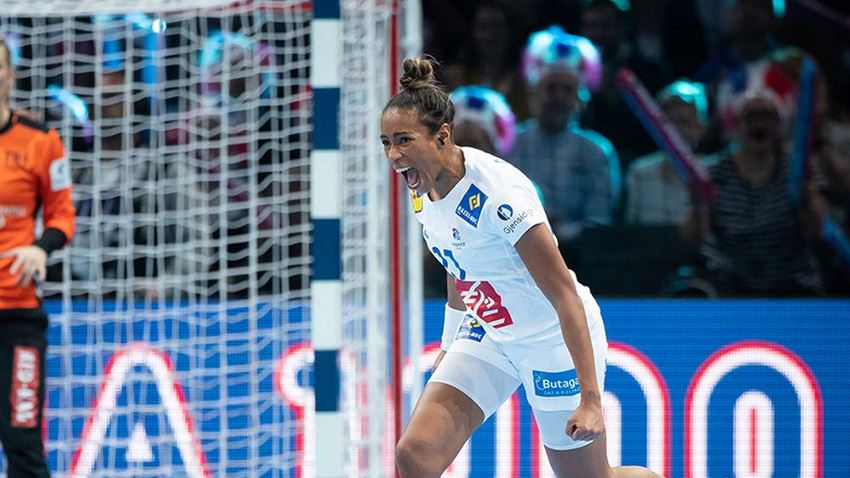 What do you do when you have just won the EHF EURO with your national team and the EHF Cup with your club?

French centre back Estelle Nze Minko had a simple answer to that question: she wanted to go even higher.

“Siofok is a club I was really attached to. I stayed there for three seasons, that is the longest I have ever played for a club.

“Of course, it kind of broke my heart. But I left on good terms. In Hungary, Györ is a club you cannot really say no to, so they understood my decision,” explains Nze Minko, who turns 28 in early August. 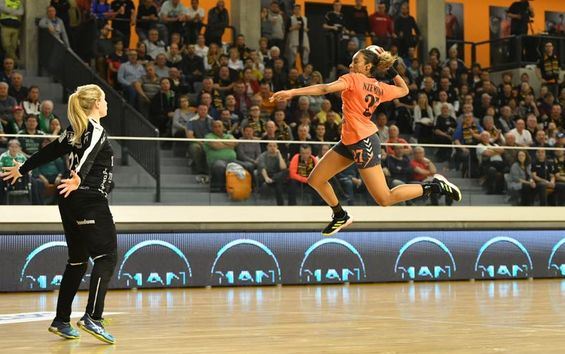 Holidays and a summer camp

But before joining her new club, Nze Minko took, as all handball players do, some holidays. As well as trips to Bali, Tunisia and Barcelona, the French international also used the break to host her first handball camp in the south of France.

During the week-long camp, she taught about a hundred young girls some of the tricks that made her one of the best players of the last EHF EURO.

“That was a blast. I had never thought about doing it, but I got the contacts to set it up and I was so happy to share my love of handball with all these girls. It was a golden experience for me and definitely something I would like to do again very soon.”

After the fun came the time to go back to work. However, to Estelle Nze Minko, it does not feel like a drag.

“I was happy to go on holidays, but I am really happy in Györ right now. I have never been the person to moan when comes the time for the preparation,” she says.

Although playing in Györ sounds like the ultimate goal, which Nze Minko had dreamt about, she admits she never actually imagined it would happen.

“Playing in this iconic club was right between a dream and the goal for me. And I am so delighted I finally have the chance to wear this jersey.”

New journey ahead with these girls 🍀🇭🇺 @gyoriaudietokc_official

A post shared by Nze Minko Estelle (@nzeminkoestelle) on

She will not be the only French player to defend the title this season with the Hungarian powerhouse as Amandine Leynaud was already there last season and line player Béatrice Edwige just arrived from Metz, after playing her first DELO WOMEN’S EHF FINAL4 in May.

“It is cool to have good friends around, but it is not like we stay in a corner. I am quite an open person, so I talk to everybody,” says Nze Minko.

While Leynaud and Edwige are now regulars in Europe’s elite club competition, Nze Minko will only be playing the competition for the second time in her career. The first time was four seasons ago with French club Fleury les Aubrais.

“I wanted to play it again, and playing it with Györ is even greater. You know that when you are part of that team, you are potentially in for a long European season and for amazing games too. I am sure this will help me progress even further as a player.”

Winning the biggest club competition in handball surely is among the goals that Estelle Nze Minko has set for herself for this season with her new club, but she does not want to talk about it yet and there is still a lot of time before the beginning of the season.

“So far, everything is great. We will see what happens in the next few months, but I could not think of a better start in Györ,” concludes Nze Minko.