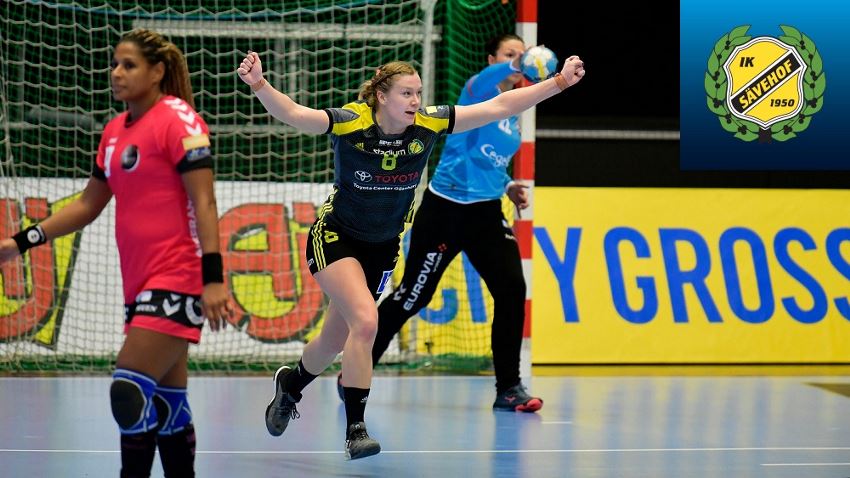 IK Sävehof have been a dominant force in Swedish handball for the past 13 years. Since 2006 the club has missed out on the league title just twice: in 2007 and 2017.

So the Swedish champions are used to playing in the Champions League, even though they lose many players to bigger clubs every year.

This season IK Sävehof have to build a new team since four important players - Christina Elm, Olivia Mellegård, Elin Hallagård and Johanna Ahlm - have all left. Can Danish newcomers Ida Staxen Lagerbon and Trine Wacker Mortensen fill their spots in the squad, whose oldest player is just 25?

IK Sävehof aim a return to the main round, where they last played in the 2016/17 season.

- Can IK Sävehof beat one of the giants in their group, Györ or Krim?

IK Sävehof had a really tough group last year where they had to face Rostov-Don, Brest Bretagne and København and ended up losing all six games. This year won’t be much easier with Györ and Krim, but the fourth opponents are qualifiers Banik Most so IK Sävehof believe that they have a chance.

Johanna Ahlm played a huge role in Sävehof last season but retired after winning the domestic title in May. The former Swedish international will likely be missed with all of her experience. The other three class players – Hallagård, Elm and Mellegård – have all left the club and will surely be missed: Elm played her best matches last season in the Champions League, Hallagård contributed mostly in defence, and Mellegård was a big scorer for the club. In their absence other players will have to take on bigger roles and it will be interesting to see if they are up for the task.

- Will pure inspiration be enough to help this young team advance beyond the group matches?

Sävehof are, as always, built around young and talented players. Lots of players in today’s squad have participated in the Champions League before, but maybe not as the first or second option in attack. The young team will have everything to win against Györ and Krim, but is pure inspiration enough to secure a few unexpected wins?

Team captain Linnea Pettersson thinks so: “The draw this year feels very inspiring. To meet the ruling champions Györ, who also are big favourites in the tournament, will obviously be tough but also very inspiring. The best way to develop as a team is to meet the absolute best. We have faced Krim a couple of times previous seasons and it has been tough, physical and even matches against them. The hope is to challenge them in order to bring points.”

Under the spotlight: Emma Ekenman-Fernis

Ekenman-Fernis has been an important player for IK Sävehof for many years now. Even though she is only 22 years old, she already has three titles in the domestic league. Ekenman-Fernis has participated in 32 matches for her country and is known for her ability to score from both the wing and right back positions. She has seen many of her teammates leave for international clubs and maybe this season will be her last with IK Sävehof.

If IK Sävehof do well in the DELO WOMEN’S EHF Champions League, they will have extra reason to celebrate in 2020: the club turns 70 next year.

There are zero players born in the 1980s in the IK Sävehof squad. The oldest player is newcomer Ellenor Åström Nilsson - and she is only 25 years old.