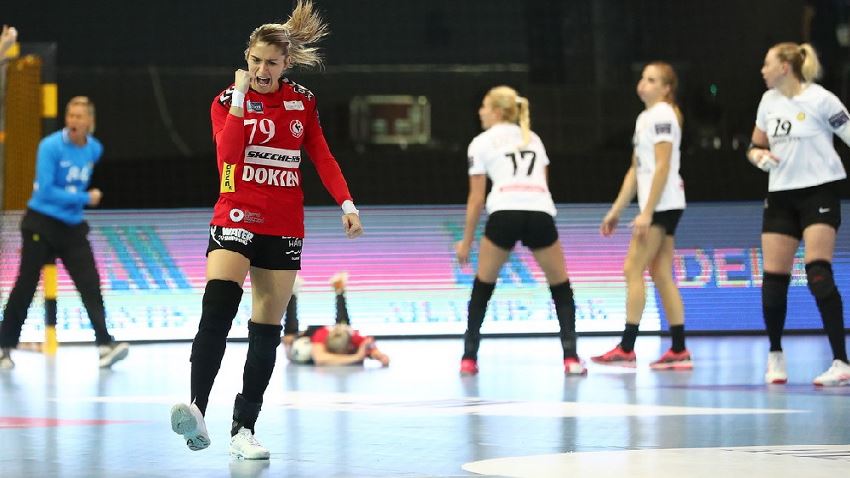 Polman: “Why would Esbjerg not be able to achieve something crazy?”

Any conversation these days with Estavana Polman has to start with the World Championship.

“It is still surreal. When we talk about it, we have to laugh. Wow, we just did it!” Polman tells ehfCL.com, a few days before the Dutch player returns to DELO WOMEN’S EHF Champions League duties with her Danish club, Team Esbjerg.

Polman excelled like never before in ‘Oranje’ last month. Without retired playmaker Nycke Groot, she played a more central role and became instrumental to the Dutch gold rush, alongside top scorer Lois Abbingh.

“It was a nice tournament. We lost a few games but in the right moments we won and we were standing strong together,” says Polman, who was included in the World Championship All-star Team and named MVP.

“Getting that award was a huge honour,” she adds. “But in the end, it is only that gold medal that counts.”

Team Esbjerg have already met their target for the season

Back at her club, Polman’s focus has shifted to the Champions League again, where Team Esbjerg will open their main round campaign against Vipers Kristiansand on Saturday (live on ehfTV.com from 14:15 CET).

By getting to the main round, Team Esbjerg have already met their target for the European season.

“Before the season we were glad to get into the Champions League,” Polman says. “For us, it is all about enjoying now, about taking the experience with us.” 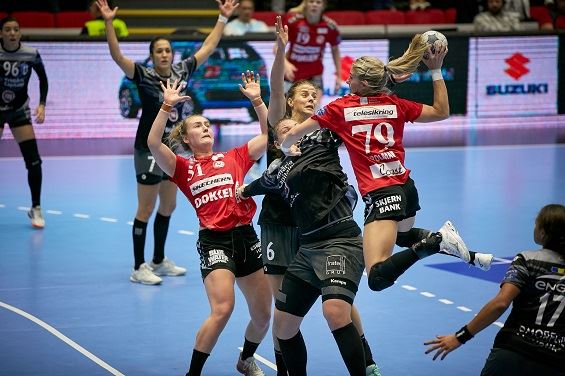 Don’t get her wrong, though. Team Esbjerg definitely won’t take things easy from here. With matches against Vipers, FTC-Rail Cargo Hungaria and Metz Handball coming up in the tight group 1, there is a lot to play for.

And the Danish champions are up for it.

“Once you are in the main round, you want more. Let’s see what’s possible because those are the best teams of Europe,” Polman says. “Who knows, maybe something really beautiful is possible. Netherlands won gold at the World Championship, so why would Esbjerg not be able to achieve something crazy?”

However, Polman is aware that Team Esbjerg have to be realistic.

The battle for the quarter-final spots promises to be close in group 1, with five teams separated by just three points.

Also, Team Esbjerg will meet two sides who were at the DELO WOMEN’S EHF FINAL4 last season, Vipers and Metz.

“Maybe we are not the team with the best players, but we stand strong as a team,” Polman says. “I think that we are the best team when it comes to fighting for each other and never giving up. The best players do not always make for the best team.”

Team Esbjerg have demonstrated their fighting spirit by beating powerhouses Rostov-Don and CSM Bucuresti in the group matches.

“That means we have shown character,” says Polman, who was out with pregnancy the only previous time that Team Esbjerg reached the main round in 2016/17, a few months before she gave birth to daughter Jesslynn.

“Handball is my passion but my family comes first.”

In her seventh season with Team Esbjerg, Polman has recently extended her contract for another year, until 2021.

“I feel well, the club is fantastic,” she says. “I came here in 2013 and look at the steps the club has taken since. Everyone knows Team Esbjerg now. It’s nice to be part of this project. And we are not ready yet.” 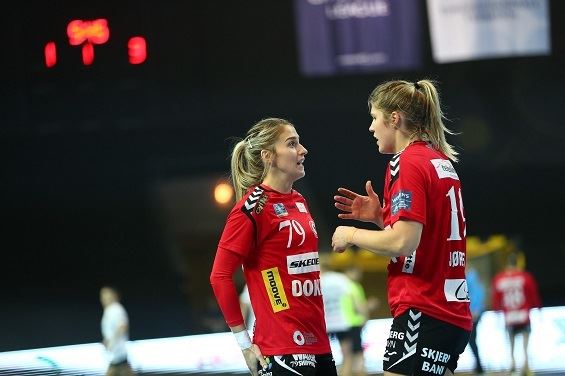 Several times during her time in Denmark, Polman has turned down offers from other European top teams.

Has she never considered a switch to a club in a better position to win the Champions League?

“Oh yes, I have thought about it. But Denmark is one of the best competitions in the world with challenging matches every week,” says Polman, whose twin brother Dario is also a professional handball player, for Herpertz Bevo HC in Netherlands.

Furthermore, life is not all about handball for Polman and her partner, former Dutch international soccer player Rafael van der Vaart.

“Life here is good. My little girl is doing well and (Van der Vaart’s son) Damián is here as well,” Polman says. “Some things are more important. I don’t say that I will never make that step to another club but for now, this feels good. Handball is my passion but my family comes first.”