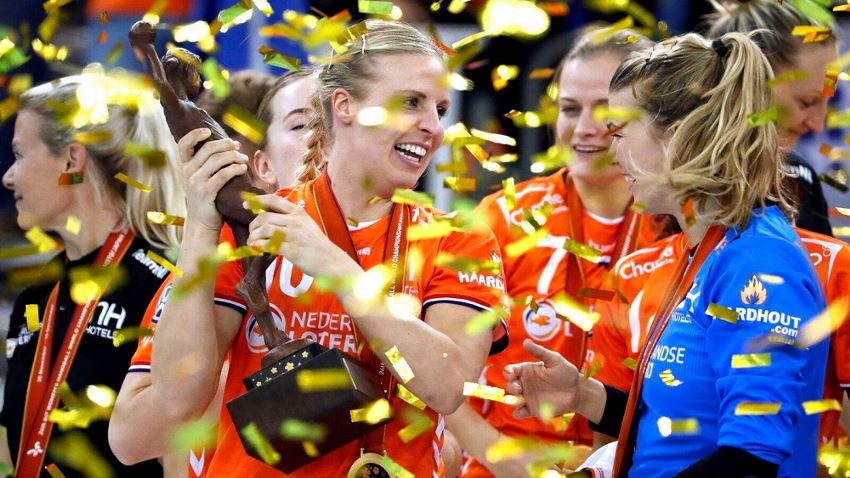 The IHF Women’s World Championship 2019 in Japan, full of surprises, came to a thrilling end on Sunday after a 60-minute rollercoaster ride in the final.

They beat Spain 30:29 in a miraculous finish. At 29:29, goalkeeper Tess Wester denied the Spanish attack six seconds from the buzzer, before Lois Abbingh kept her nerves at the other side of the court to convert a last-second penalty.

After reaching the semi-finals for a sixth straight major tournament, Netherlands finally won their first gold medal - in their first year under Metz coach Emmanuel Mayonnade.

Netherlands had lost both previous finals they appeared in, at the World Championship 2015 and the EHF EURO 2016 - each time against Norway. 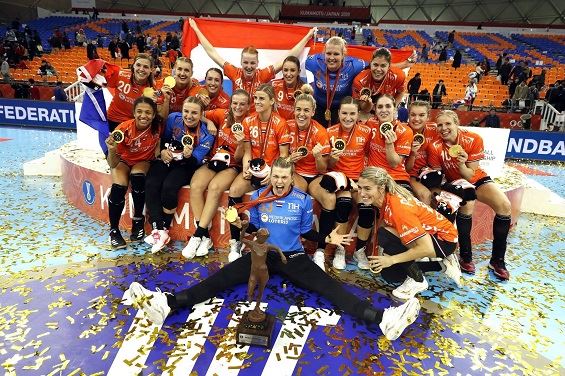 The world title means that Netherlands are now qualified directly for the 2020 Olympic Games in Tokyo as well as for the World Championship 2021 in Spain.

The Dutch success in Japan was also reflected in the personal awards: Estavana Polman became MVP, Tess Wester the best goalkeeper, and Lois Abbingh the top scorer with 71 goals.

While Polman (Team Esbjerg) and Abbingh (Rostov) will feature again in the DELO WOMEN’S EHF Champions League when play resumes with the main round at the end of January, Wester (Odense) will compete in the Women’s EHF Cup group phase.

“I shot, scored, and celebrated”

Spain, the surprise team of the World Championship, had the better start in the final, but lost grip on the match after leading 6:2 and 9:5.

Netherlands had already turned the tables at half-time (16:13) and seemed cruising towards the world title with a six-goal lead (22:16) and just 20 minutes left on the clock.

However, Spain fought their way back into the match, gradually reducing their deficit and even getting level again at 29:29 with 85 seconds left.

But after Wester stopped the last Spanish attempt, the goalkeeper had her pass irregularly blocked by Spanish line player Ainhoa Hernandez just in front of her. Hernandez got a red card, Netherlands a penalty, which Abbingh convincingly converted.

“When I walked to the penalty line, I just told myself: ‘Lois, this is a normal penalty. Don’t start thinking.’ And then I shot, scored, and celebrated,” said the Rostov back court ace.

While many had predicted a Russia vs Norway final, those teams met in the bronze medal match.

A year after placing fifth at the EHF EURO 2018, an injury-struck Norway failed to win a medal again. 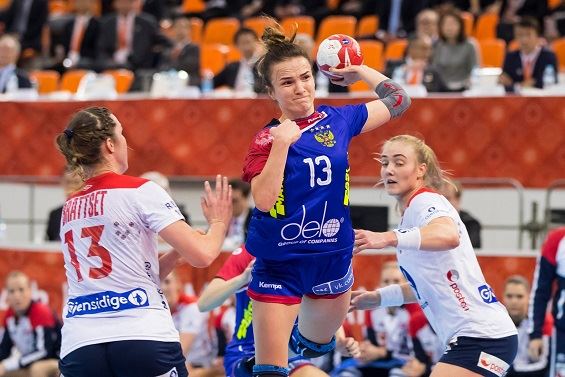 In Friday’s semi-finals, Netherlands had upset Russia 33:32, thanks to the leading trio of Abbingh, Polman and Laura van der Heijden (Bietigheim), who combined to score 22 of the 33 Dutch goals.

Rostov star Anna Vyakhireva netted 11 times, but missed the last Russian chance for an equaliser when her shot in the dying seconds only found the side netting of the Dutch goal.

Spain caused another upset in the second semi-final, beating Norway 28:22 after a tactical second-half masterpiece following a 13:13 score line at half-time, thanks to the saves of goalie veteran Silvia Navarro and seven goals of Alexandrina Barbosa Cabral.

Sweden snatched the last spot for the Olympic qualification tournaments from Germany with a 35:24 victory in the crucial 7/8 placement match, while Montenegro won the neighbours duel against Serbia for the fifth position 28:26.

Spain, Russia, Norway, Montenegro, Serbia and Sweden clinched their berth for the Olympic qualification tournaments. Thanks to their ranking at the EHF EURO 2018, Romania (fourth) and Hungary (seventh) took the two European tickets for those tournaments – therefore eight of 12 participants are European.

Those tournaments will be played in March 2020:

The final ranking of the European teams at the World Championship 2019:

* Slovenia became the lowest ranked European team, although they repeated a remarkable feat from two years ago: beating the eventual world champions in their first match - France in 2017 and Netherlands in 2019.

More information is available on the dedicated World Championship section on the IHF website and the official tournament homepage Japanhandball2019.com.