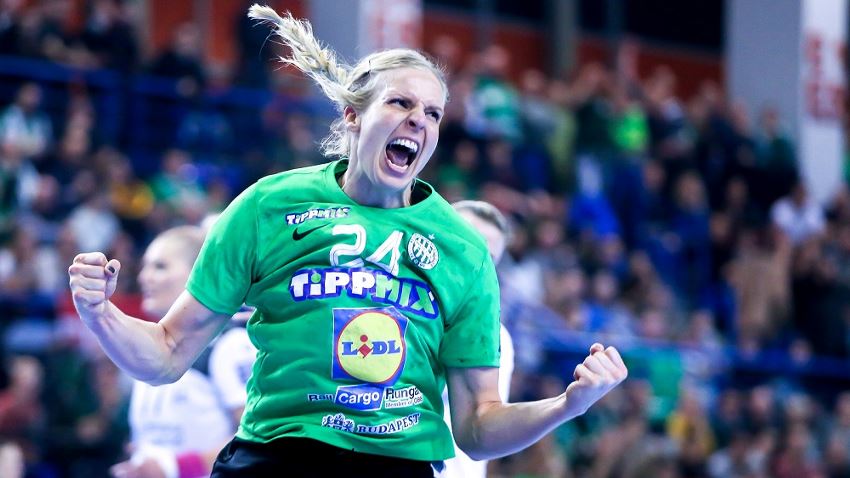 How does a team preserve a record unbeaten streak? How come that a powerhouse still haven’t clicked into gear halfway through the season? Who will be the top scorer of the competition?

Just some questions after the DELO WOMEN’S EHF Champions League came back with a back from its 10-week winter break.

The opening weekend of the main round provided fans with plenty of excitement. Here are five talking points.

How did Györ extend their unbeaten streak?

They only led the game once - at 1:0 - and tied it three other times. Still Györ somehow stole a point against Brest (27:27). A true champion can perform even in the hardest of conditions and Györ’s mettle was tested against Brest in the battle of the only teams with a 100 per cent record from the group matches.

A record 31-game unbeaten streak was on the line for the title holders and ultimately they salvaged it. Their last defeat in the Champions League came exactly two years ago. It was not pretty, their attack stuttered with a season-low 51 per cent efficiency, but Györ still found the resources to save a point and stay first in the group.

However, Brest showed every team in the competition that Györ are not in top form right now, as highlighted by their 34:29 midweek loss in the Hungarian domestic league against Siófok. Can Györ be stopped? Probably, but teams would need to bring their A game if they are to compete against the Hungarian side. Next week’s home clash against Buducnost will be even more interesting for Györ now.

Another fresh set of questions for CSM

A new group, the same dysfunctionality for CSM Bucuresti. The Romanian side conceded the lowest number of goals in the group matches, 131, but their respectable defence mightily collapsed in their game against FTC-Rail Cargo Hungaria.

FTC jumped to a 9:2 lead after 14 minutes and never looked back, handing CSM their worst ever loss in history in the competition, 33:23, a 10-goal drubbing that left the Romanian powerhouse emptyhanded and in dire need of some changes before five crucial games.

Early elimination looms again for CSM, who are already two points behind the fourth place and facing a home game against leaders Metz on Sunday. There is literally no room for error now for the Romanian side, who have already had their coaching change this season, as assistant Adrian Vasile took over when Tomas Ryde resigned in October.

Will Rostov survive without Vyakhireva?

Last year’s finalists, Rostov, simply look like they cannot find their rhythm this season. When Anna Vyakhireva is out, Rostov look lost. They lost both matches when the MVP of the EHF EURO 2018 was not playing, and always won with her in the team, as the 24-year-old right back scored 29 goals this season.

The last loss came against Metz and Rostov followed their game plan, slowed down the French attack, only for themselves to score just 20 goals. Rostov are fourth in the standings and if the main round were to end now, they would meet Györ in a remake of last season’s final.

Surely, the Russian side would love to avoid that and try their luck in the DELO WOMEN’S EHF FINAL 4, but they need to sweep Vipers and FTC if they want to leapfrog their opponents in the standings.

😍 Take a look at how @Majda81337065 finishes this fast break goal for @ZRKBuducnost! What incredible skill to get the ball up and over the goalkeeper. #ehfcl #deloehfcl pic.twitter.com/4md2zqayti

Can Valcea be back in the elite?

Three teams look to have already secured a quarter-final berth in Group 2, as Györ, Brest and Buducnost are top of the group. Yet a three-way battle is on for the last spot, as SCM Ramnicu Valcea, RK Krim Mercator and IK Sävehof are tied with two points with five rounds to go.

Valcea look the in-form team, especially after dismantling Krim, 31:16, on Saturday. After a five-game losing streak, the Romanian champions found their mojo back, especially in defence, where they prided themselves, and are eyeing another win against Sävehof next weekend.

Valcea boast three silver medallists from the World Champioinship 2019 in December - Spanish trio Marta Lopez, Mireya Gonzalez and Alicia Fraga Fernandez. With several other players having had time off to nurture their injuries, the Romanian side looks poised to be back in the elite after several seasons.

Will someone stop Radicevic?

Buducnost used to rely heavily on their back line in the past years, also when they won title in 2016. But this season, their top scorer is a wing. In fact, Jovanka Radicevic has proved unstoppable this season, topping the scoring chart also in the European premium competition. So far, in seven games, Radicevic has scored 59 goals, an average of 8.42 goals per game.

After the winter break, the 33-year old Montenegrin scored 10 times against Sävehof in Buducnost’s 30:25 win. Radicevic opened a 12-goal gap ahead of FTC’s back Katrin Klujber, while another right back, Ana Gros, scored 46 goals for Brest. With Buducnost close to a quarter-final berth, Radicevic can become the first Montenegrin player to win the award since Bojana Popovic in the 2006/07 season.